While not necessarily a multitool, the new RESCOM from Boker has more in line with tools than it does knives. 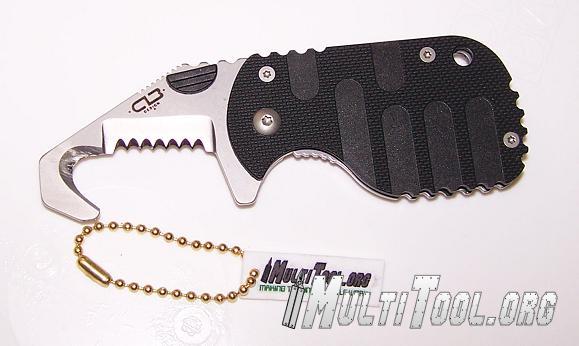 Despite having been built on a knife frame, the popular series designed by Chad Los Banos (well know to internet knife enthusiasts as DayWalker), the RESCOM is designed for automotive and other rescue type emergency situations. While in the right hands the RESCOM could be used as a weapon, it's designed more for safe extrication uses rather than defensive functions. Besides, as we all know, anything could be a weapon in certain hands!

The RESCOM is a typical one handed opening tactical folder type design with a pocket clip, lanyard ring and frame lock. that's about where the similarity ends. Opening the "blade" reveals not a standard edge, but a combination hook cutter and serrated belt cutter and is made of AUS 8, which is a respectable alloy in the knife world.

Initially I dismissed the RESCOM as yet another tactical knife gadget but after watching the video on Boker's website I decided that it was worth a shot so I called up Marc at EDCDepot and had one on it's way the next day. I'm glad I decided to give it a shot because it's a really neat little doodad.

Of course it isn't an every day tool and it likely won't replace a full sized and featured multitool, but there is certainly nothing to sneeze about! That having been said, this is a very limited tool and should be thought of as such. The RESCOM is designed to cut belts, webbing or fabric and really doesn't do anything else. I'd like to see other rescue type tools included with it, such as a glass break, small prybar, LED light or even a whistle. I would also like to see it available in brighter colors so it's easily located in Emergency situations. 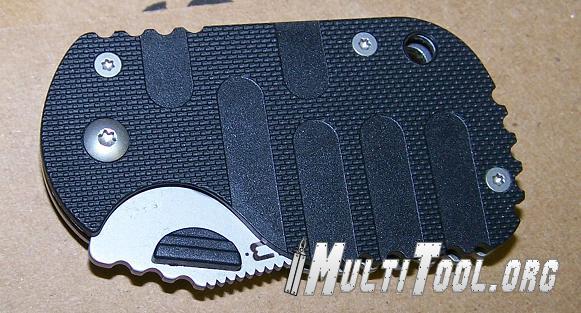 Overall, the RESCOM is a decent, inexpensive emergency knife that you will be glad you have should you ever need it, but I wouldn't consider it an EDC knife or tool unless you are an EMT in a busy city. Boker's typical quality is well known to be above average and this knife is no exception..

More in this category: SureFire Delta EW-04 »
back to top
Interested in this or a different tool and still have more questions?
Why not join us over on the Multitool.org Forum where our community can help you find what you're looking for!