Recently Tom Stokes designed a knife around another designers revolutionary opening design, which resulted in the Fulcrum Flame, a knife I own and like very much. Inspiration struck Tom again when looking at the Ashworth Turtle knife, and this time the result is the Gekkota.  The Gekkota however has more in common with the money clip or dog tag style tools usually found in promo catalogues or discount outlets- or rather it's function has more in common with them. The overall quality of the Gekkota is the usual CRKT standard. 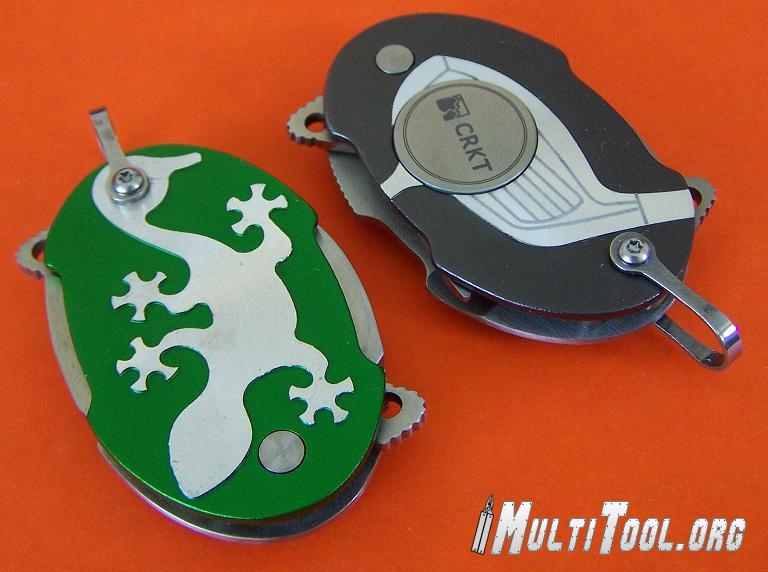 So what is it? Basically it's a small money clip type frame with a bail for hanging from a lanyard or chain, and tucked inside is a small, robust knife blade and a combo tool featuring a flathead screwdriver and bottle opener. The rear scale holds a wide clip suitable for pockets or cash, and the front scale is a bright green with a gecko relief on it that gives this tool it's name. Why a gecko? People like geckos (ask your car insurer if you don't believe me!), and it somewhat honors the reptilian nature of the Ashworth design. 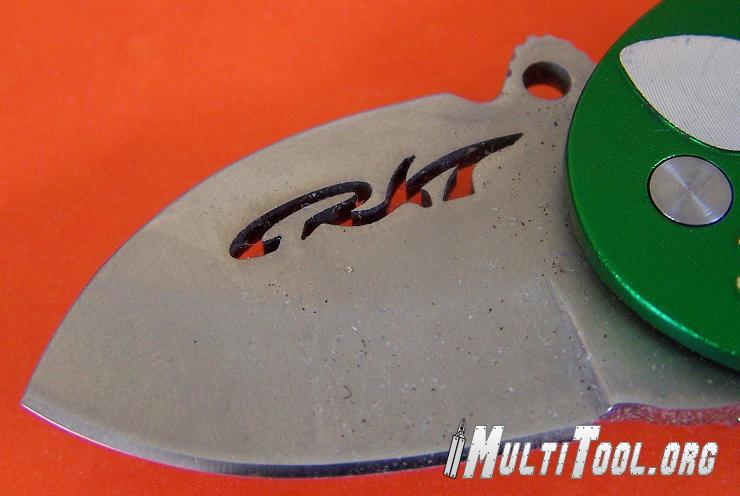 I've been carrying and using this tool for a few weeks now, and I've come to appreciate it's simplicity and “cute factor.” In most places knives, even Swiss Army Knives and multitools are frowned upon by the masses- not the Gekkota. Folks who previously recoiled in horror at the sight of my latest knife now are curious about this one. 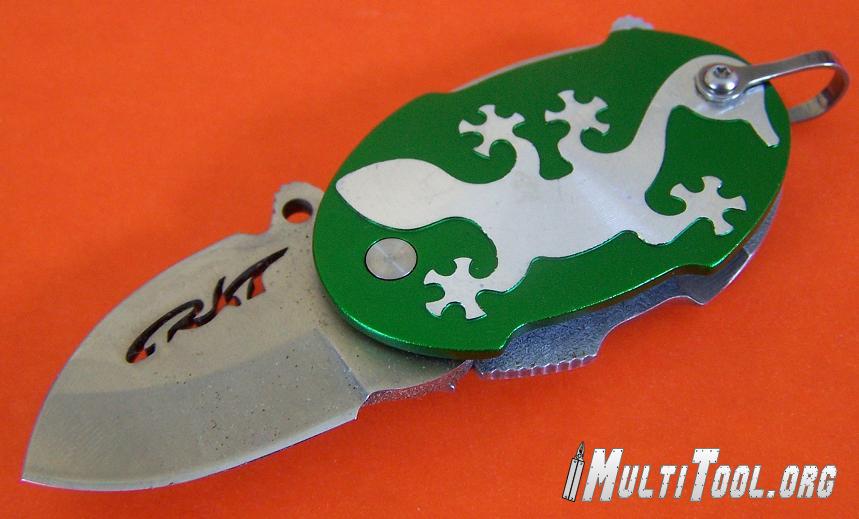 By the numbers, the Gekkta is a contender as well- both tools are one handed opening via a small protrusion at the base of the spine. It might take a little getting used to with such a diminutive tool, but it's actually quite manageable. If your hands are too big to manage it comfortably, there's a nail nick in the side of the blade that allows a more traditional two handed opening method. The small blade locks open with a respectable click, and seems to hold the blade securely enough for any of the tasks I have subjected this small blade to. Officially the lock is called a frame lock, which is basically a more robust liner type lock that's missing one handle scale. 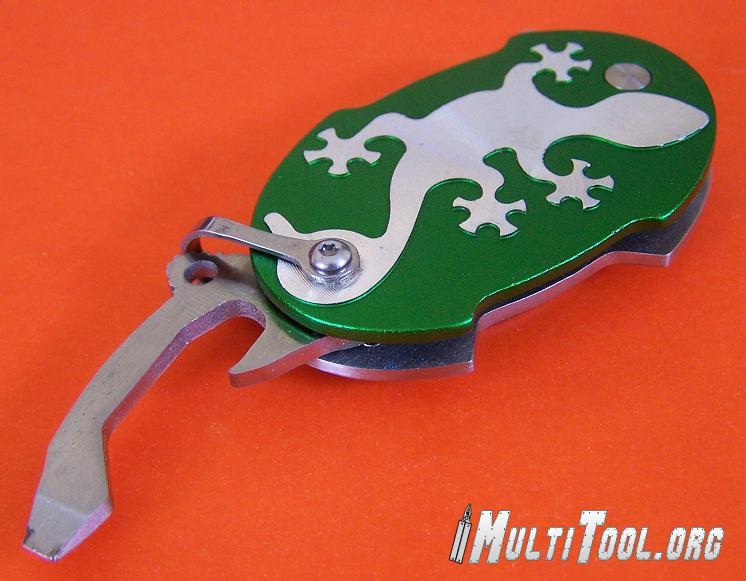 You have to be careful when using the screwdriver however as the rounded design and no lock means that it folds very easily during use and that can make a mess of your hands. I tried replacing the third brake light in my Jeep with it and had to be extremely careful to not have it fold on me. Still, this is a light duty screwdriver and I would consider ¾ inch long rusty screws to be moderate duty, so the Gekkota didn't do too badly all things considered. And, I'm certain the bottle opener is more likely to see more use than the screwdriver on this one anyway! 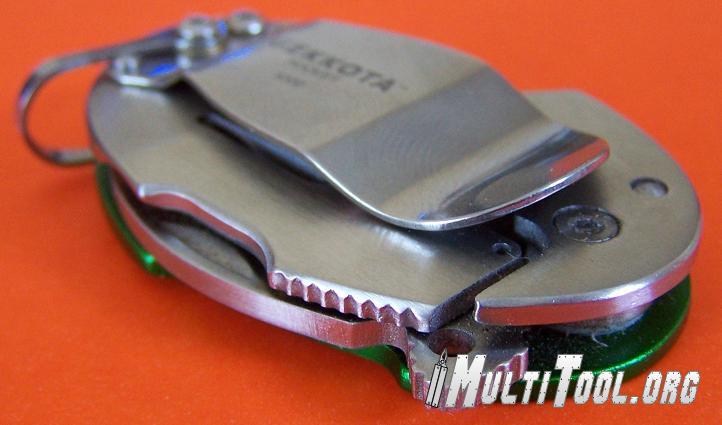 The only real issue I have with the Gekkota is that the lock cutout in the frame works against the clip somewhat by catching on whatever you are trying to clip the Gekkota onto. When used as a money clip it can catch on the bills hen you insert them and tear them. You can also feel it grabbing onto clothing when you clip it on or try to remove it. 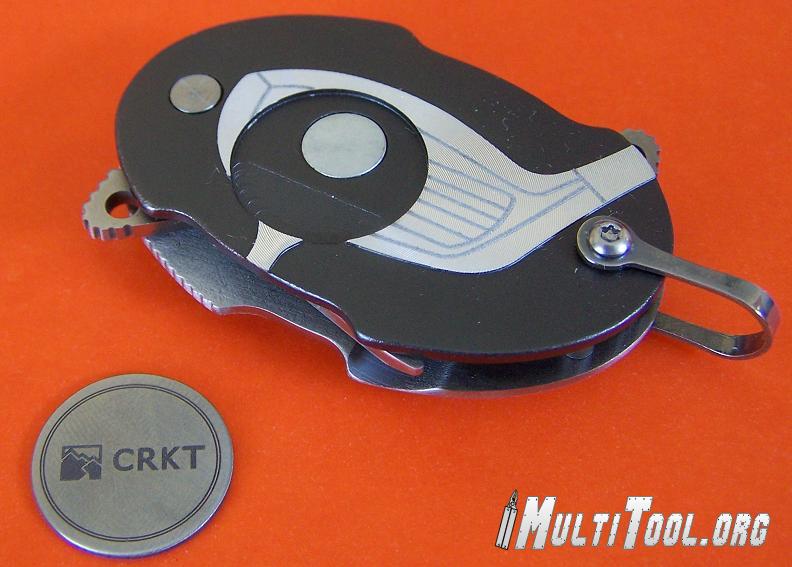 In addition to the standard Gekkota there is also a golfing version with a removable magnetic ball marker on the front and the blade is replaced with a divot repair tool. Since I can't swing a club to save my life, I'm not able to properly test this version or report on it's usefulness. 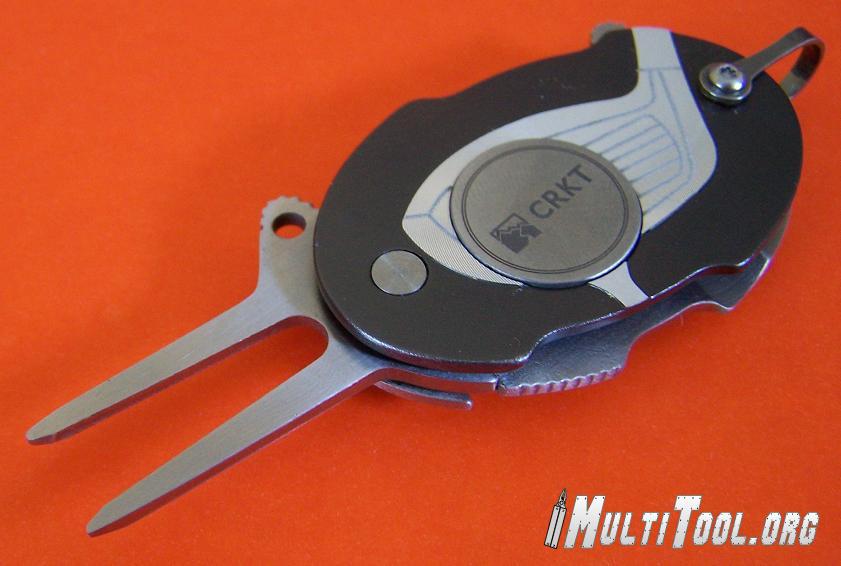 Overall I like this tool. It is handy to have when a larger tool is too inconvenient or unwelcome but it's limited functions means it won't get you out of any serious jams. It's a perfect tool for wife or girlfriend since it's “cute” and they may actually carry it with them. In fact, I have gotten a lot of comments on the Gekkota since I've been carrying it, and it's been primarily from women who have tried to take it. 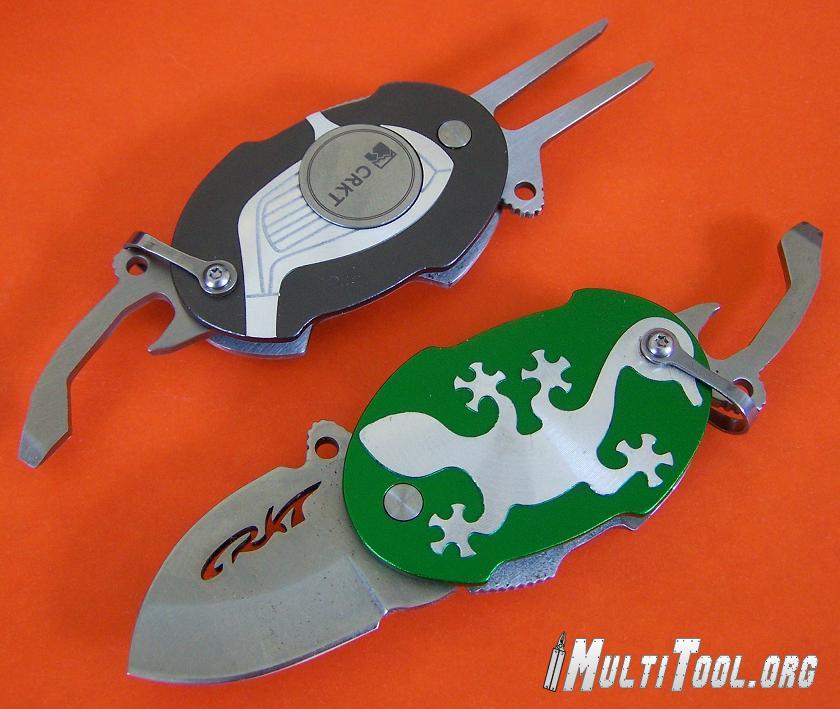 More in this category: « CRKT Spare Tool by R. Tabor Review
back to top
Interested in this or a different tool and still have more questions?
Why not join us over on the Multitool.org Forum where our community can help you find what you're looking for!