I have been aware of the Gerber Curve for quite some time now and was attracted to it for it’s organic shape, locking implements and minuscule size. I was just never able to justify paying $10 for the tool and $5 shipping. I found one while browsing in a Dick’s store about two weeks ago. Its the first time I’ve seen one in a store, and seeing it in person made me want it even more. I ignored the $15 price and bought it. 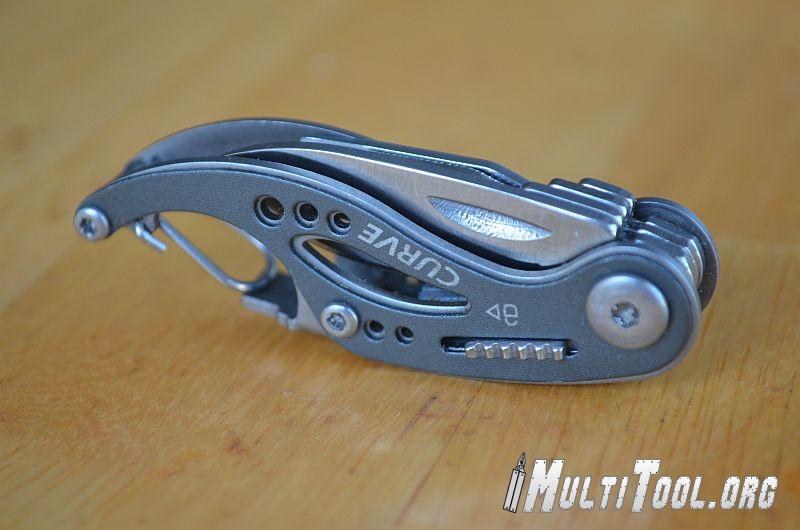 The tool is tiny and extremely light weight. The length to width ratio is very good making key ring carry easy. From reading reviews online about this tool, I was aware that the spring clip for attaching it to keys is prone to failure. Because of this, I simply ran a key ring through the tool itself. 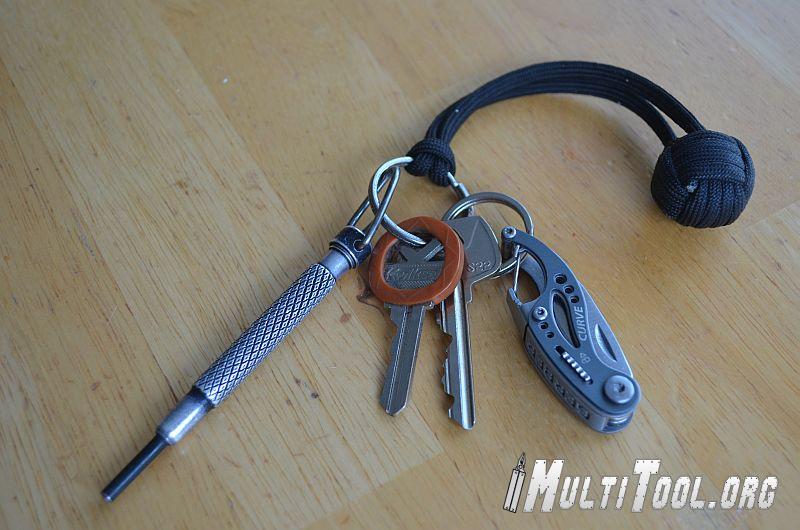 The tool contains a blade, large flat head driver, small flat head driver, Philips driver/file plus a bottle opener built into the handle.  All implements lock in the open position with a sliding lock bar that is exposed on either side of the tool. 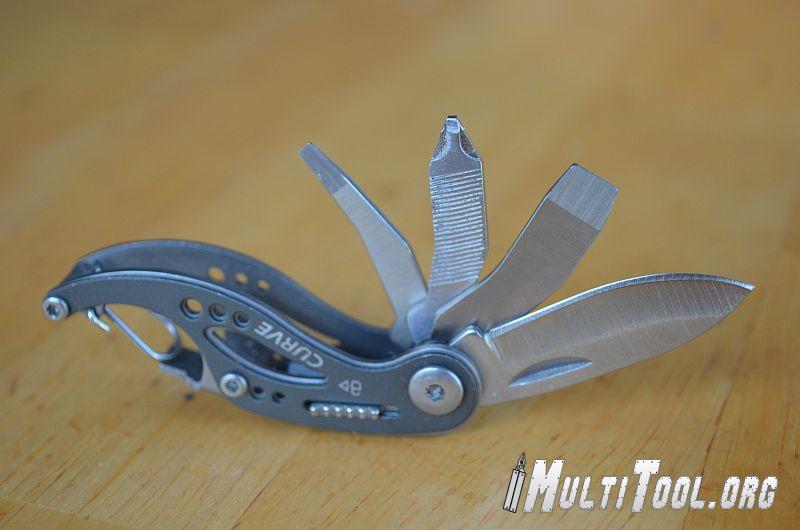 My first instinct on how to unlock the tool is depicted in the picture below. The issue with this method is that the spring is considerably stronger than you may think. Also, due to the tiny size of the tool, you have to hold it in an awkward manner and use your fingernails to pull back on the lock. The bottle opener portion of the handle also is pressed quite hard against the palm of your hand in the process and is uncomfortable. 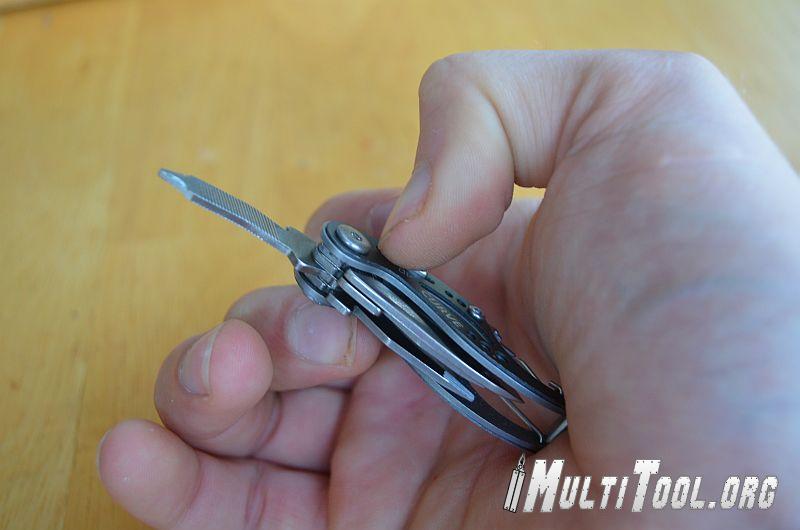 After playing around with the tool, I found this method. The tool is grasped near it’s base between the thumb and index finger of my right hand. With my left thumb and index finger, I press the lock back, and use my left ring, or pinky finger to swing the implement back into the handle. This method is much, much more comfortable. 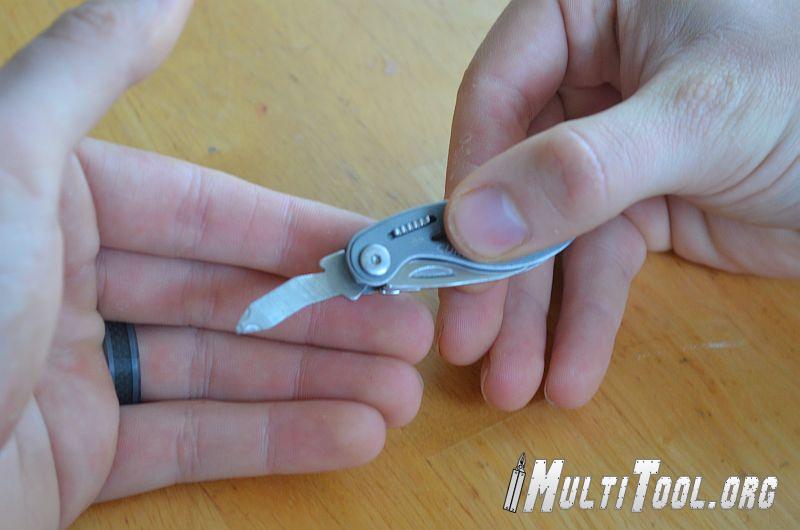 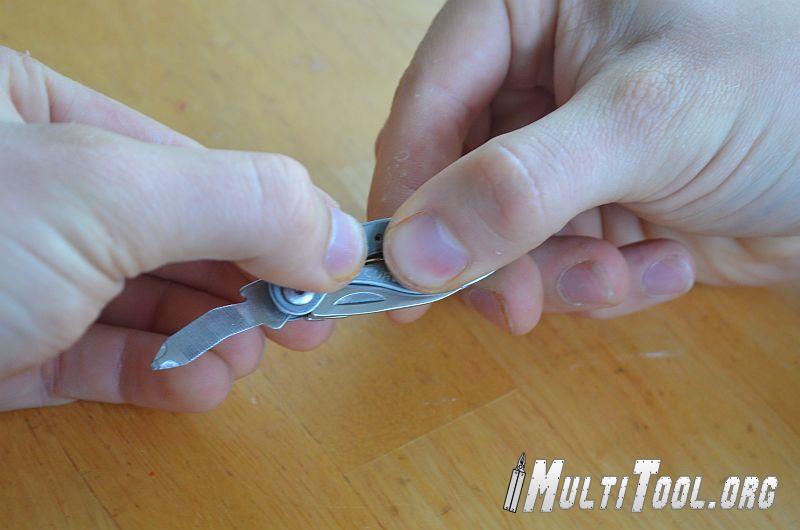 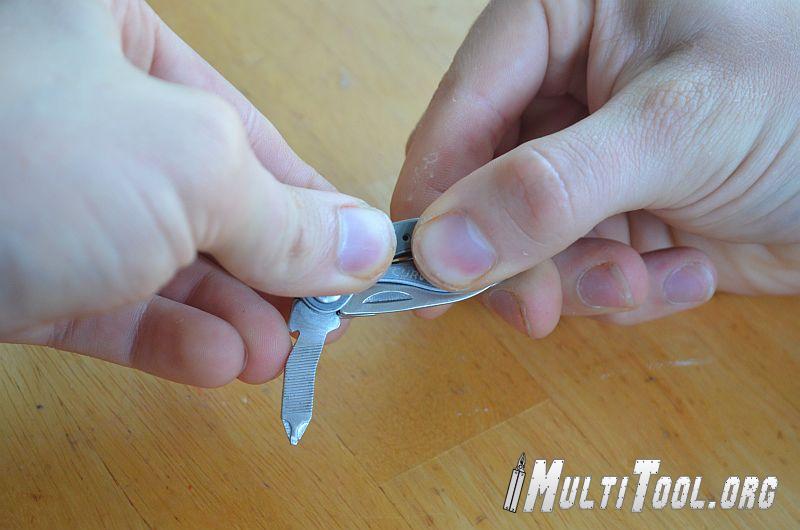 A side note involving the lock: When a tool is opened and locked, the other tools have a slight amount of play. The other pieces can swing back and forth on the pivot about an 1/8th of an inch. This is for the most part an non issue, because when one implement is in use, your fingers wrap around and hold the others inside the handle. It should be noted, though, that when using a screw driver, the blade can swing out enough to expose it’s tip. Though unlikely, it is possible to poke or cut yourself if you are careless. 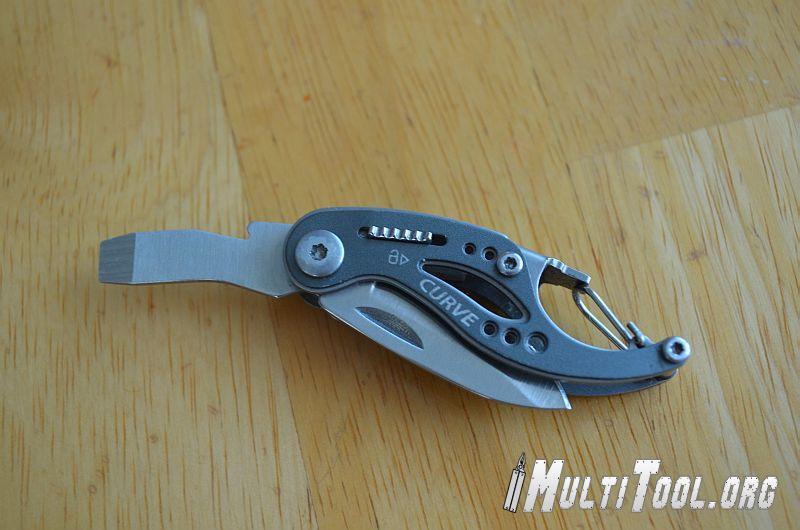 All implements aside from the knife have some machining marks on the round part of tang that engages the lock bar. When they are opened, friction can be felt between the implement and the lock bar. I attempted to take the tool apart and polish this area. All heads on the tool are Torx bits. The pivot point is a T9, and all others are a smaller T7-ish size. I say “Ish” because a T7 is actually a bit too big, and a T6 is too small. With a considerable amount of downward pressure, you can get a T7 to engage the screws, but they are made out of weak metal. After I began to strip out two of the 4 heads, I gave up.

When using the blade, I hold it in this manner: 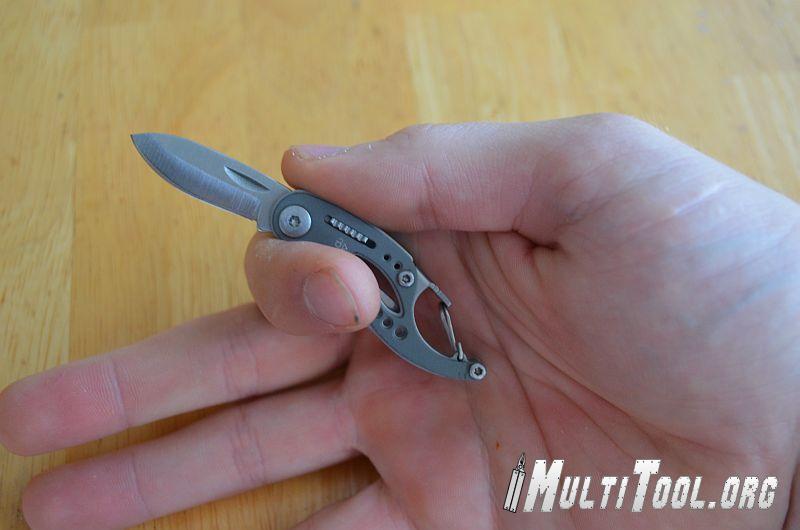 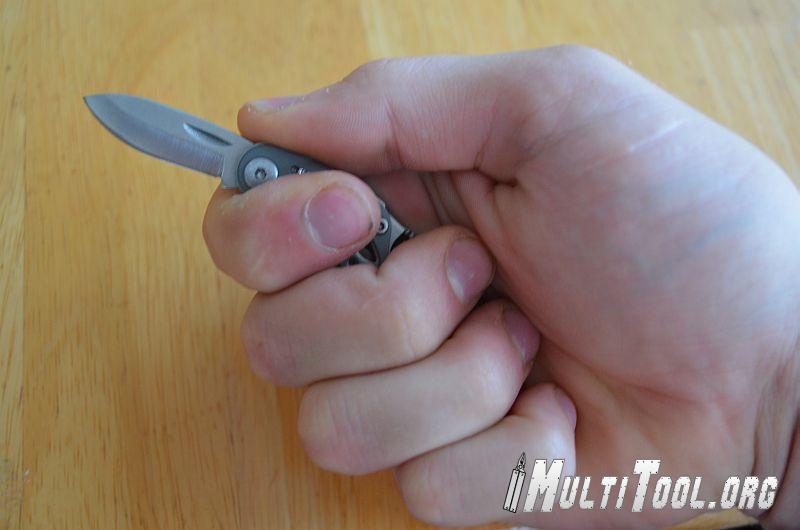 You will notice that the blade is angled away from my hand. The shape of the tool forces you to hold it in this manner. This feels strange at first, but uses the belly of the blade effectively. The lock is beneficial here because the handle shape naturally makes you choke up on the blade and brace your thumb on it’s spine. I have cut plastic, cardboard, paper, cloth and 550 cord with the knife. I also whittled a few pieces of wood just to try it out. Aside from it’s obvious lack of size, it cuts quite well. The edge out of box was alright, and with a little touch up it has taken a nice utility edge.  If you use the blade, or any function of the tool for an extended period of time, some hot spots will make themselves known. This is not a hard or all day use type of tool.

Now, my biggest gripe- The Phillips driver. You can see in the pictures below that it is thicker than the one on my Gerber Dime and also has a bit of a 3d portion on it’s tip. This tip is too fat and square for the majority of Philips screws I have tried the tool on. 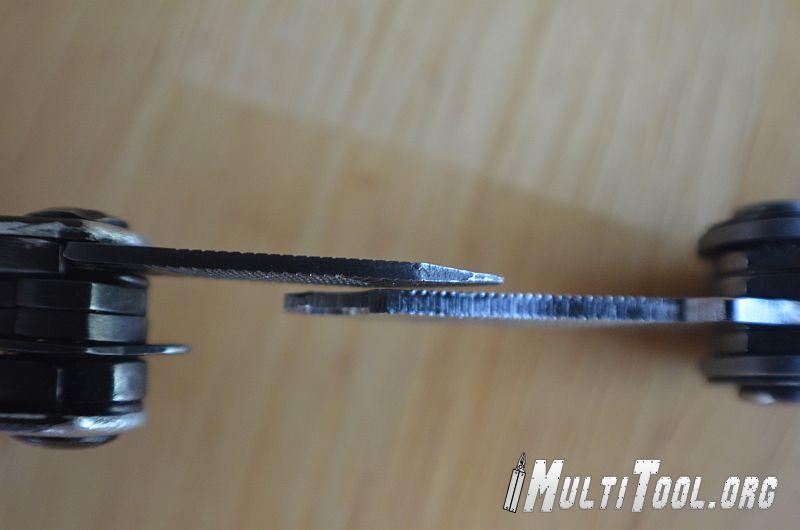 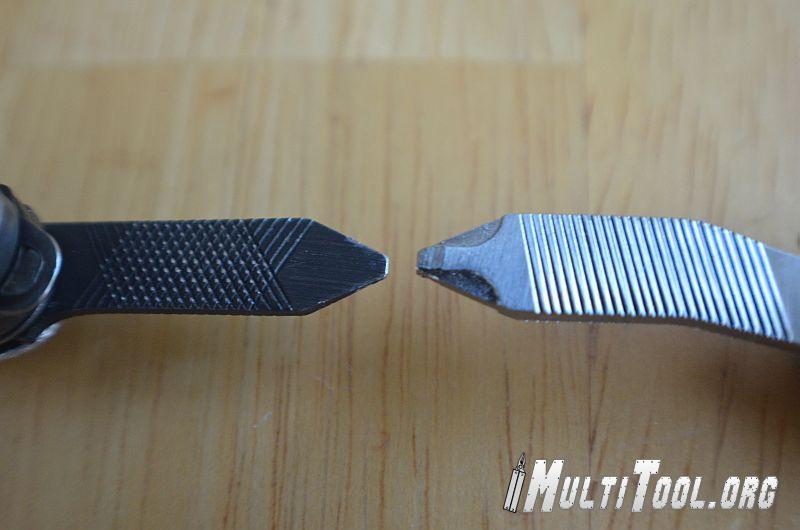 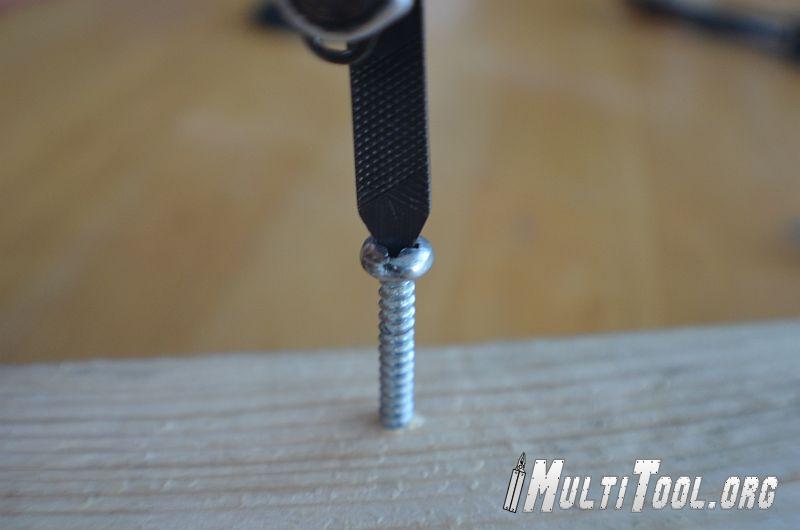 And how shallow the Curve’s is. 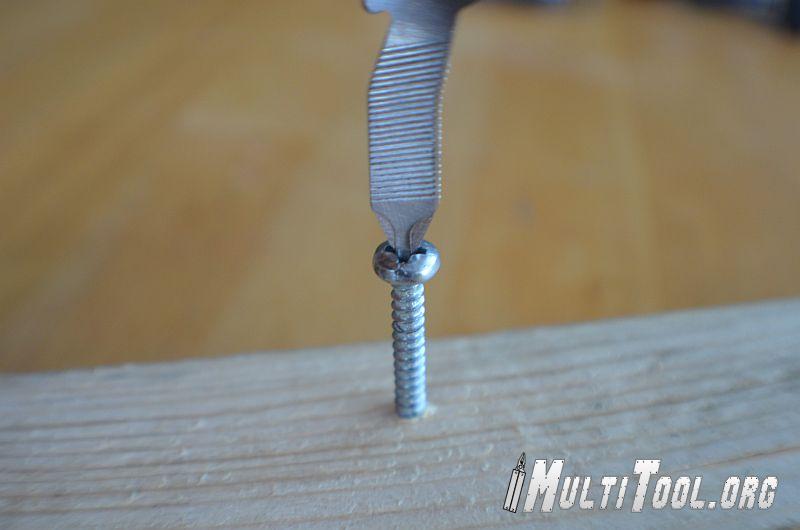 With a lot of downward pressure, the Curve’s driver will turn the screw without slipping, but it is very uncomfortable as the bottle opener portion of the handle is pressed hard into the palm of the hand. The lock really comes in handy here, keeping the driver from folding. I will attempt to file the head of the driver down some, to make it more like the one on the Dime.

I have found that this technique using the small flat head works better for breaking Philips head screws loose. 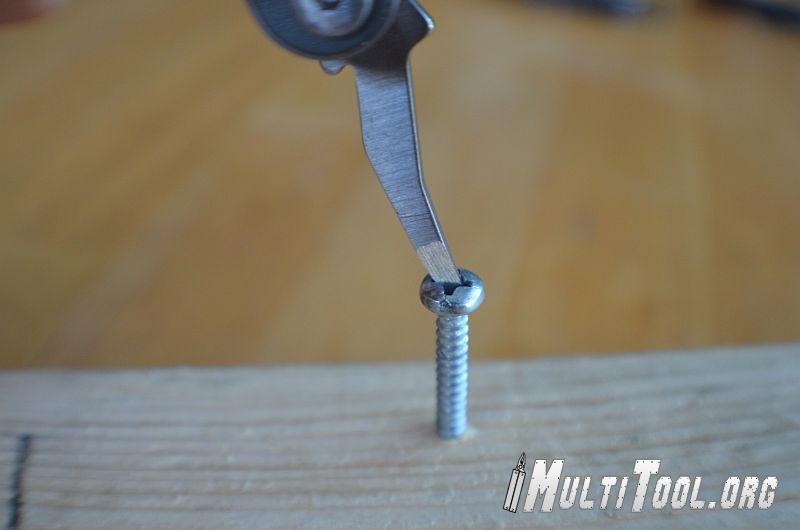 The bottle opener seems to work fine, and usually only requires the user to pry up once on the cap. A few more stubborn caps had to be pried up in two locations. 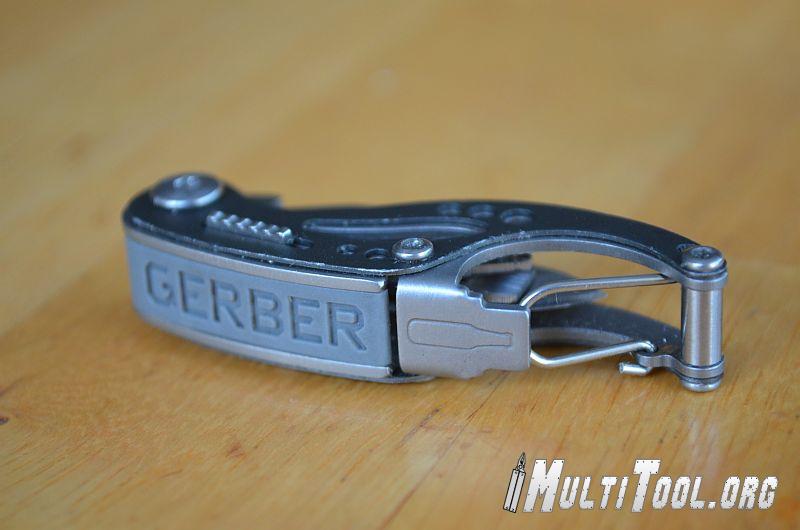 This tool has no tragic flaws, but multiple small ones that add up and are off putting. It has promising design characteristics, but the execution is poor. It seems Gerber has missed the mark with this one. The real test of any tool or knife is weather or not you would buy it again. In the case of the Gerber Curve, I would not, nor would I recommend it to anyone. Were the Phillips driver improved, the rough machining marks smoothed, better quality screws used and the lock tuned to prevent the free play in the stowed implements when one is used my opinion would be very different. This is an example of 1, and other examples may not display these short comings. I will keep carrying this tool and give it further evaluation. I will update here if anything changes. Thanks for reading.

More in this category: « Gerber Grappler Review 2014 Gerber Dime Review »
back to top
Interested in this or a different tool and still have more questions?
Why not join us over on the Multitool.org Forum where our community can help you find what you're looking for!