Now discontinued, the Gerber 700 Urban Legend incorporates a number of Gerber’s more innovative features in a handy sized tool. Oddly enough it’s not a typical Gerber design so I absolutely ad to have one. A quick phone call to Dennis at Gerber Tools and I had one winging it's way to me in no time flat! 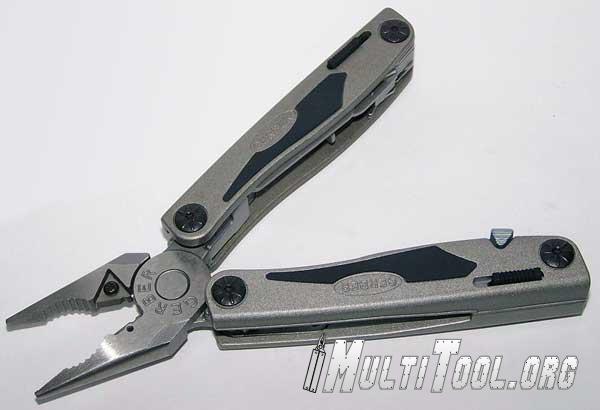 The Urban Legend is more compact that I anticipated but still has a good list of functions. On one side it has a one handed opening, drop pointed blade and three flatheads, one of which is integrated with a bottle opener. The other side has a phillips screwdriver, folding lanyard ring, scissors and tweezers. I can’t say I am impressed by some of these, but I’ll get to that later. One thing I do like is that all of the implements lock open using Gerber’s sliding SAF T LOK system.

The handles are ergonomic and very comfortable, partly owing to the rubberized inserts, but the most impressive feature is the plier head. For a regular sized tool the plier head is pretty hefty and includes the triangular carbide cutter inserts with hard wire notches. I quickly tore apart several coat hangers with it and it worked beautifully. The carbide cutters are great and should be on every multi tool along with Leatherman’s diamond file! 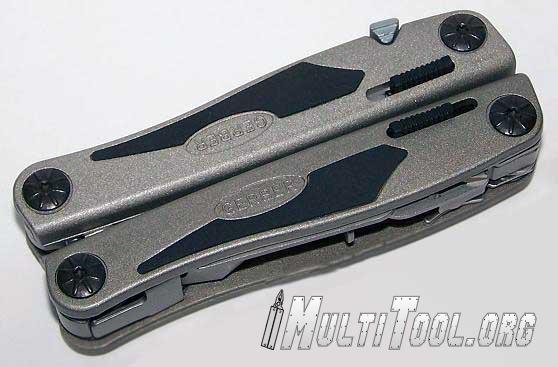 I also like the scissors- Fiskars scissors are well constructed and work great, which considering that’s what Fiskars does, it shouldn’t come as any surprise. They are a little small but they are robust.

While I really like this tool, I still have a few hang ups with it. If you didn’t see that coming, well then you are probably new to this site! 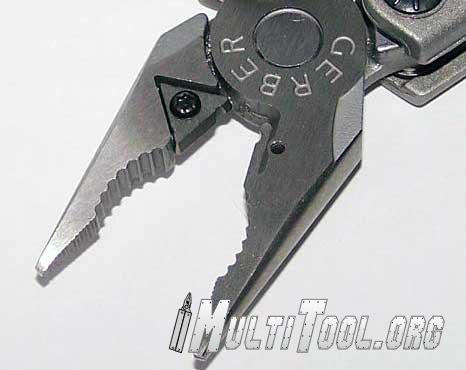 The main blade opens nicely but is a little short for a full sized tool. It’s shorter than most other full sized tool blades due to the plier spring mechanism. It’s not the end of the world, but if you are a heavy blade user this may be important.

That may be nit picking, but there is more. My dislike of multiple flatheads is well documented and this one is no different. I will say this though- the bottle opener design incorporated on most full sized Gerber tools works much better on outside opening tools like this one than it does on sliding head models like the MP600 series since the opposite handle doesn’t get in the way.

Lastly, the sheath is a typical Gerber nylon sheath with accessory pouch. I don’t have the accessory kit for it, but it’s the same adaptor and screwdriver bits that’s found with any other Gerber tool. 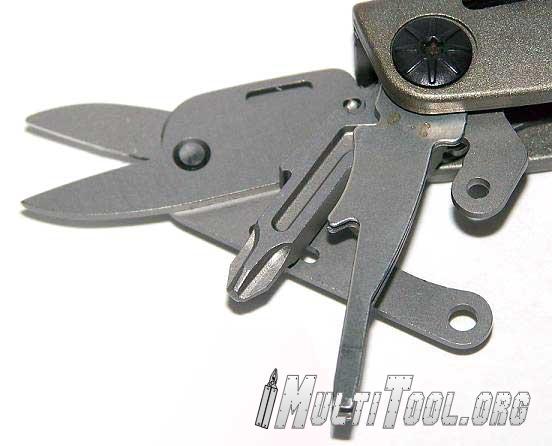 Overall I like this tool despite it’s shortcomings. As a tool it is comfortable and useful, which is really what is important in a tool. I’d prefer to have a saw and file rather than numerous flatheads and tweezers, but other than that, the 700 is a good tool. To a collector it’s even more interesting as it is a discontinued model.

More in this category: « Gerber Resolve Review Gerber Flik Review »
back to top
Interested in this or a different tool and still have more questions?
Why not join us over on the Multitool.org Forum where our community can help you find what you're looking for!