Gerber Legendary Blades has been making multitools for what seems like forever, they seem to be about as old as Leatherman themselves. Before Gerber was owned by Fiskars they had released their first tool and it has definitely changed over the years. The first version had no locking system (much like the LM PST) and was simple in nature. Time progressed and locks were added as well as some small changes in tool design, but the 600 stays true to its roots as a testament to what kind of tool that Gerber tools were made of. The 600 can be seen as a classic or a retro tool; it reminds us of the multitools of our past. Sure Gerber has new tools like the Freehand, Recoil and the Diesel etc. And the 600 gets a lot of trash because it’s being compared to the current designs on the market. I mean; come on…how many of you remember when the PST had 3 different screwdriver blades…..all the same, did we complain then? 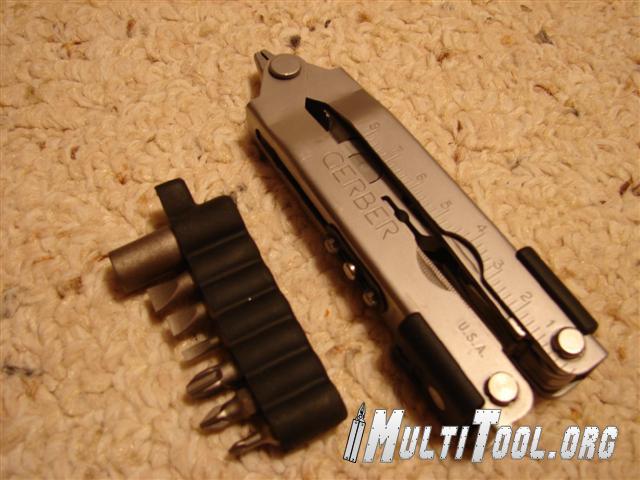 So instead of the 600 being like the little kid on the playground being picked on by a big bully; this review is more like homage to a time when tools were in their youth and lots more was to be learned from the tool manufacturers. 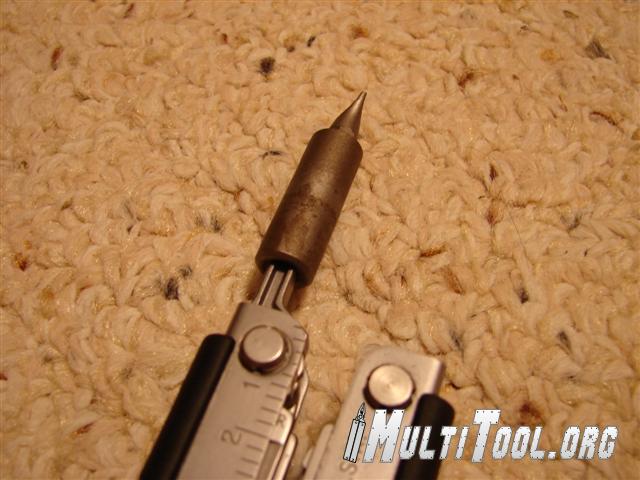 It doesn’t matter what Gerber tool you look at, even the new ones, and the one thing that Gerber has set as their trademark (very much like SOG’s Compound Leverage) is their patented one-hand opening pliers. Using a simple yet innovative design; Gerber plier heads slide on a track built into the handles of the tool allowing the plier head to retract into the handle in the closed position. With a flick of the wrist the plier head slides on the track and snaps into position using two spring loaded locking pins on either side of the head. Gerber has been using this tried and true design for years and like they say; if it ain’t broke don’t fix it. The only problem with the design is that because the plier head has to smoothly slide open and close, the plier pivots rattle and there is a little give in the joints. I personally have no problem with the design failing because of this “style” but who know what some other people put this tools through. 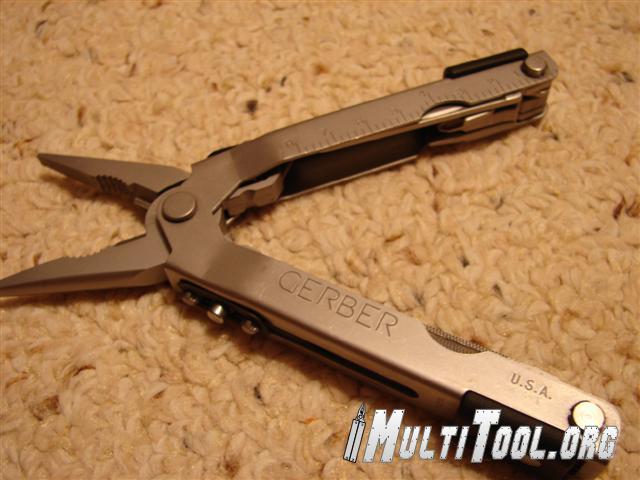 Another tried and true design feature on the 600 is the locking mechanism and non-clumping feature of the tools. Gerber’s SAF-T PLUS locking system is a simple flat bar that holds a tool open or closed in a groove made in the tool and even though it’s plastic on the outside it’s very durable and secure. Gerber also uses small washers that have small tabs on them that keep the tools separate from each other and combined with the spring in the lock makes for non-clumping spring loaded goodness. 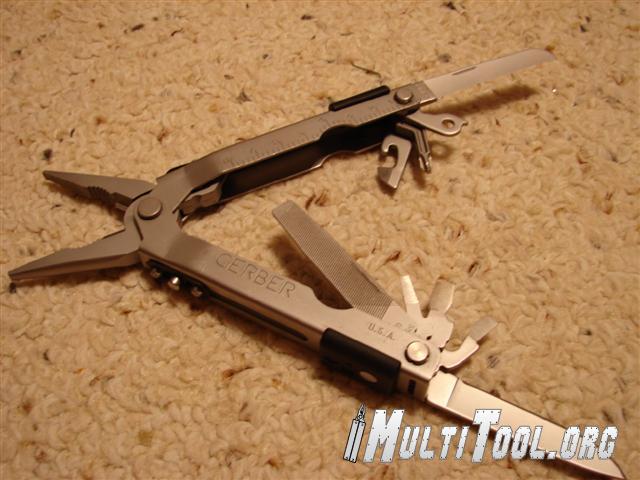 The tools themselves haven’t changed much; the Phillips is short and stubby but works real well on #1 and #2 screws sizes and coupled with Gerber’s bit extender you can reach those hard to reach spots and even use specialty bits like torx and Roberson. Like the PST we have 3 identical screwdrivers, each one just a different size, except one does double as a bottle opener. The file has a cross hatch design on one side and a single grain on the other, great for whether you want to remove a little metal or a lot 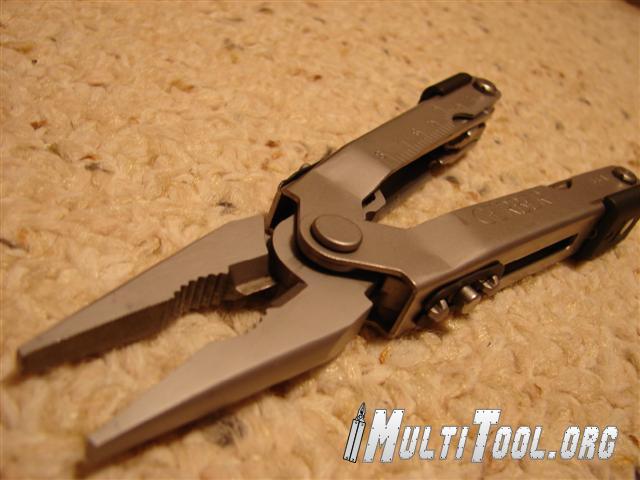 The blades themselves work wonderfully, the straight blade cuts real well with decent edge retention for a tool of its age and the serrated sheepsfoot blade really excels in cutting of various materials I have used it on. The only tool, if you want to call it that….that I feel is a waste of space (no not the 3 screwdrivers) was the retractable/locking lanyard ring. Nice idea, but a lanyard ring really should be on the outside of the tool rather than on the inside using up space. I personally would have loved to see one screwdriver and the lanyard ring removed and a decent pair of folding fiskar scissors in there to round out the package. 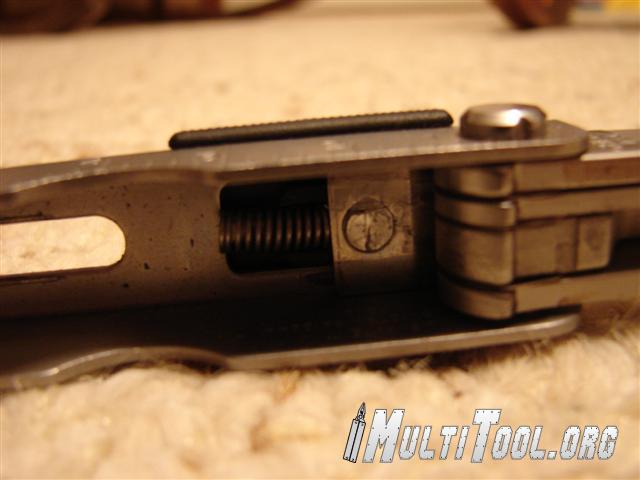 Some people either love or hate the old Gerber tools, and it truly is more of a love for the history and the nostalgia I receive from using this tool. It’s by no means a contender with my Leatherman Charge or even the Gerber Freehand but for sake of it being a dinosaur it’s a decent contender and something both loved and loathed by collectors alike. Heck it’s more innovative than my first too; the Gerber Multi-Lite. Here’s to Gerber and this guts to continue to make tools and to continue to innovate on the tools that started the generation. We all may not like “MADE IN CHINA” but I respect the past. 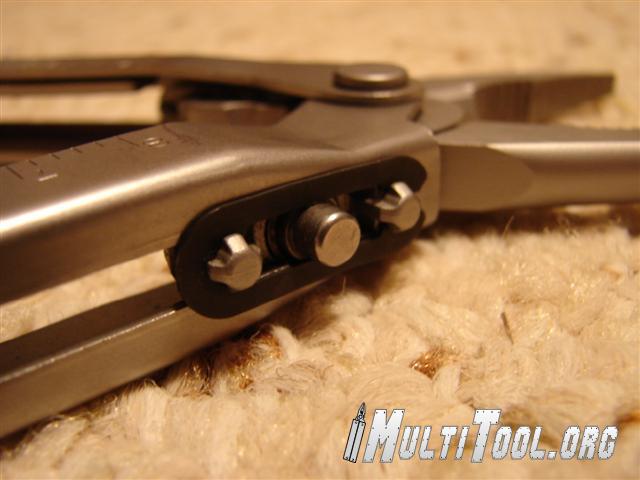 More in this category: « Gerber Auto Recoil Auto-Plier Review Gerber Diesel Review »
back to top
Interested in this or a different tool and still have more questions?
Why not join us over on the Multitool.org Forum where our community can help you find what you're looking for!