With the modern trend towards minimalist tools and the success of Leatherman's Skeletool which dominates the category, Gerber initially released the Crucial, which met with lukewarm success. While it was a decent tool, it didn't give much in the way of competition. This year (2010) Gerber ups their ante with the introduction of the Octane, a tool that incorporates some of the things Gerber does best, along with some great new ideas.

Thinner than the popular MP400 line, the Octane is about the same length, but with a twist- literally in this case, as with the Skeletool it has been made with better ergonomics than the previous generation straight sided multitools, so it feels much better in the hand. It's still designed around the sliding head design Gerber is famous for, again showing it's MP400/600 pedigree. The sliders lock the head open on both handles securely, so even though it is a light tool, it feels like it's capable of moderate duty, unlike the Skeletool with it's very light duty plier head.

On the outside of the handles the Octane features a one handed opening, liner locking blade with about a 20% serration for cutting into firbous materials like rope. The blade has a spear point, which seems to be the trend for Gerber these days, and one I am quite content with, as it strikes me as a very good utilitatian type point for a multitool. Most striking though is the cover that fits over the blade- there was no way to really incorporate it smoothly into the design, so Gerber opted to make it jump out at people, and it's available in red or black. Very nice idea- it adds some style to something that would otherwise look a bit clunky. 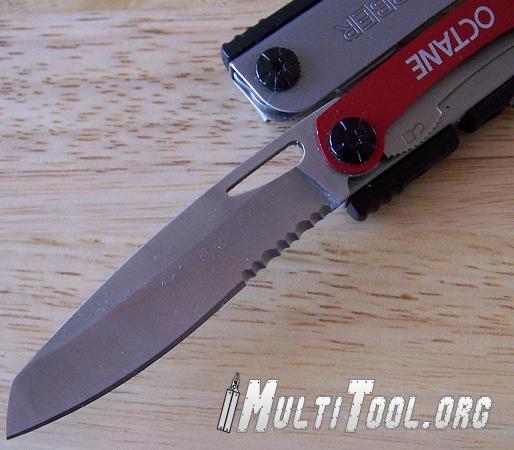 Opposite the side with the blade, Gerber has incorporated a coupld of small bumps which at first glance may not appear to be much, but in fact are a very effective and unique bottle opener type design. This design takes up no space on the tool itself, allowing for other features to be incorporated into the fold out tools. Gerber has thoughtfully included a small icon to point out what these bumps are for, since on earlier, pre-production versions even I, the trained multitool reviewer, thought nothing of it! 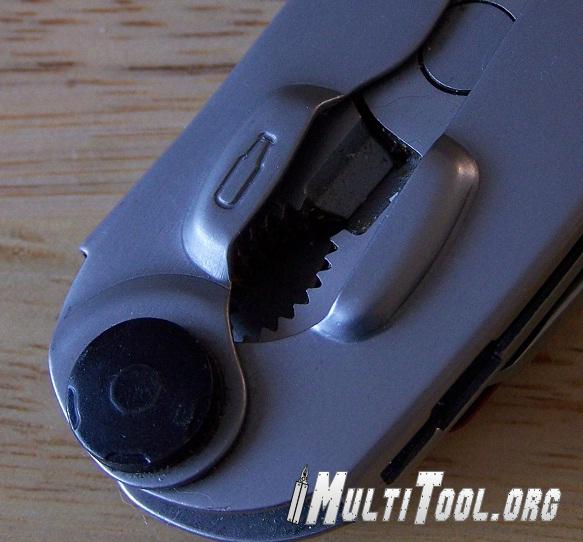 On the same side as the bottle opener, Gerber mounted a pocket clip as well, and I have to say that the Octane is perhaps the most pocketable multitool I have tried- much more so than Leatherman's Skeletool, Charge/Wave or even the SideClip! Comfort wise, it's on par with the much smaller CRKT L'il Guppie, Leatherman Freestyle and ZillaTool Jr, or many small to medium sized tactical type folding knives. In fact, I have many tactical folders that are much more uncomfortable to carry on a pocket clip than the Octane, and none of them have any features beyond the knife blade, so I'd choose the Octane over any of them! 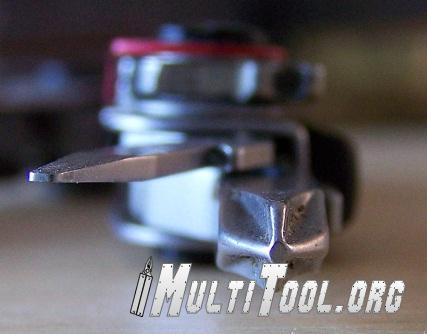 Inside the handles the Octane has a few surprises as well- on the blade side is a small eyeglass screwdriver and a full sized phillips, which should appeal to those folks that dislike the flattened phillips drivers found on many Gerber models. Also, these drivers have some reach, able to get recessed screws at least 3/4” deep, which should satisfy folks who dislike Gerber's other, shorter screwdrivers found on several other models, like the Flik. 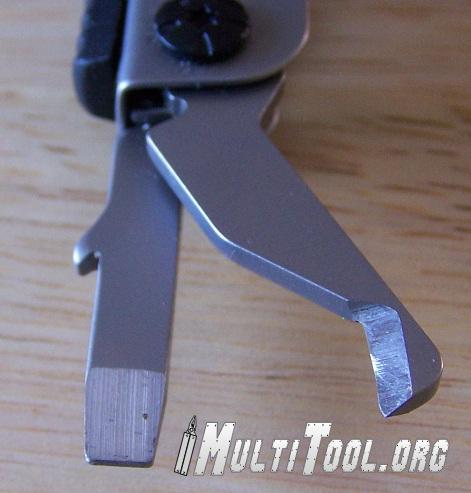 Tucked away in the other handle is a medium sized flathead screwdriver and an odd shaped blade, designed as it turns out, to combat the bane of the 21st Century consumer- the clam pack. This small blade is designed to safely slice through the plastic packaging that up to now has proven almost impossible to open without accidentally cutting oneself in the process, and it is quite effective at doing it as well. Having tested it in front of Gerber's designers, and again outside of controlled conditions, I can say this blade is very useful, and represents only the smallest of threats to the user. Mark my words, we will see more designs of this type of tool in the future. Gerber has a head start on this feature by providing this not only on the Octane, but a different design with the same function on the bigger Strata. 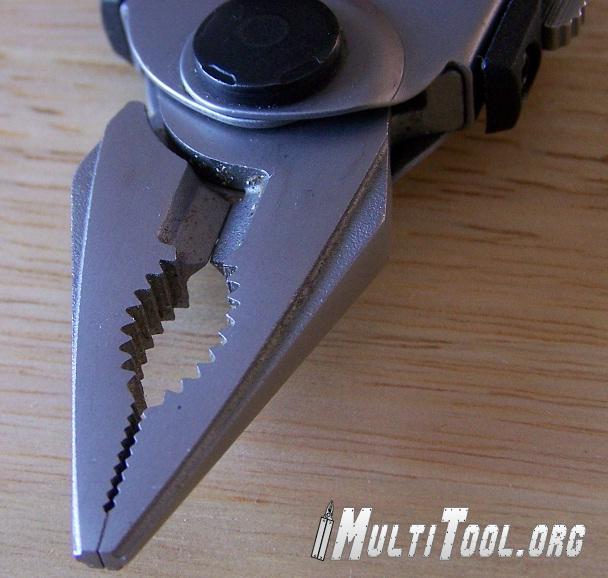 Normally on a small, inexpensive tool like the Octane you would expect some corners to be cut- very reasonable to assume something like that, but I have yet to see any places where the Octane could be significantly improved. All of the folding implements lock open, the blade with a liner lock and the inner components with a sliding lock similar to the SAF-T-LOK design found on other Gerber models. The only difference between the Octane's lock mechanism and the other Gerber offerings is the lock handles don't extend around the sides of the tool. They are still easy to disengage when you want them to, but secure enough that accidental disengagement isn't a concern. 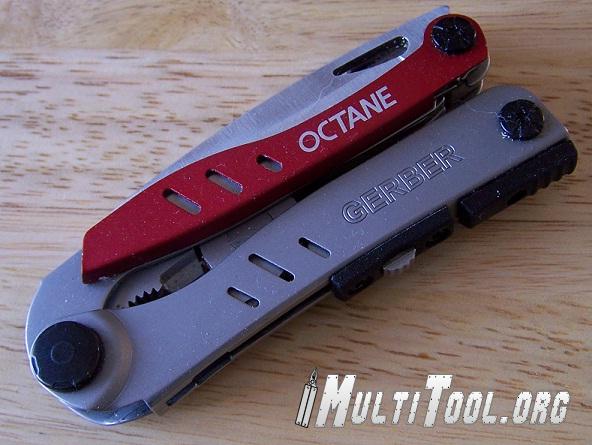 The bottom line is that Gerber has done just about everything right with the Octane, and if you need an inexpensive, good quality, light weight tool that can perform a decent array of functions, look no further. The Octane is an exceptional value, and is a tool anyone is likely to actually carry, as it's innocuous enough to be worn even in an office environment. 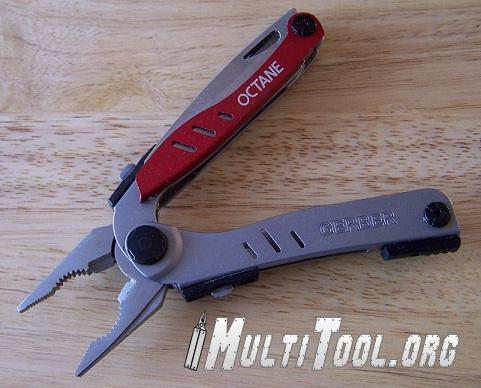 More in this category: « Gerber Grappler Review Gerber Strata Review »
back to top
Interested in this or a different tool and still have more questions?
Why not join us over on the Multitool.org Forum where our community can help you find what you're looking for!