Gerber’s new series of multitools all seem to have a specific, high tech look to them and the Resolve is no different. Just looking at this tool one can’t help but think it would be right at home in the mission box of a Star Trek Away Team, or in the tool box of the on call Terminator repair man. 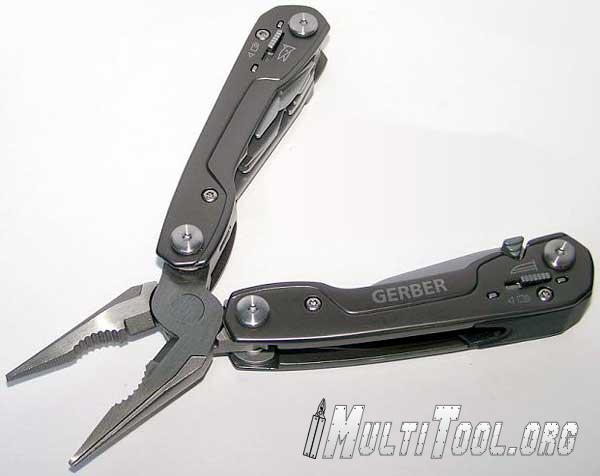 It’s fairly well outfitted with one handed opening plain and serrated blades, two flathead screwdrivers, a phillips screwdriver, wood saw, scissors, folding lanyard ring and a combination can and bottle opener. Unlike many combo tools though, this one doesn’t try to make a can opener open bottler or vice versa, this is actually a can opener stuck on the end of a bottle opener- very interesting concept, and I applaud Gerber’s attempt to maximize functions without skimping on function! 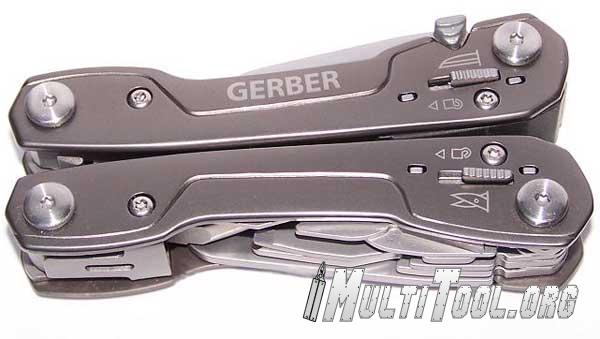 All of the implements use the Gerber SAF T LOK system which is a sliding lock mechanism, which is very effective. They all lock with a significant click and release easily by sliding the lock handle back.

As usual with Gerber tools, this one includes a standard set of Fiskars scissors which aren’t large, but are effective. I’ve always liked Gerber scissors and while I think scissors should be on every multitool, I also believe that scissors this good should be on every Gerber model at least.

I won’t go into my feelings on the folding lanyard ring or multiple flat heads. Of course if you are going to do multiple flat heads, this is the way to do it. There are only two and they are significantly different sizes, allowing a broad range of uses. 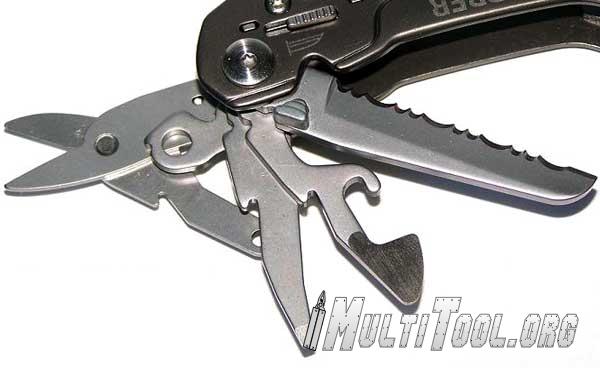 The blades are both one handed opening and locking as with all the other tools. They both have sheeps foot blades and are clearly marked on the outside to see which blade is where for easy reference. This is a handy feature that many other tools should have, but don’t. 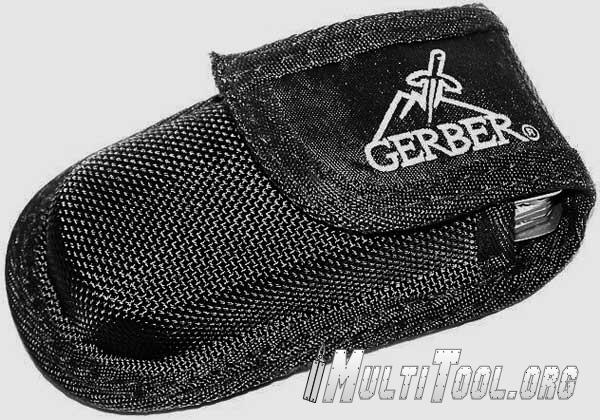 In addition to all of this, there are a few other interesting points worth mentioning about this tool. Gerber has put some thought into their new designs and it shows. The wire cutters, are anvil type rather than the bypass type found on most other multitools. This means that the jaws come together rather than overlap each other. I prefer this type as they are incapable of “bunging up” like bypass type cutters. Unfortunately this also means that there is no hard wire notch. Another interesting feature is the washers that separate the implements, which means there is no tool clumping- you open a tool and you get that tool, and no others. Lastly, the covers on the backsprings are rubber which increases both grip and comfort. 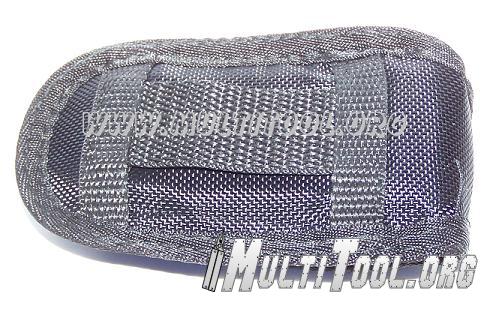 While there is a great number of innovative features on this tool, it is also far from perfect. For it’s size, the Resolve is very bulky. It’s the same length as a PST, but is about twice the thickness and about twice as wide at it’s widest point. It’s also very close to twice the weight of the PST at 270 grams (9.5 oz). The implements are also fairly stubby- the saw for example is only two inches long, making it very hard to get a decent draw on it. The quality is also not great- I have two of these and on one of them the tips of the pliers don’t line up. This is decent quality for a China made tool, but not up to the standard of US made tools. Also, the stud for opening the blades is close to the pivot, which doesn’t give the user much leverage to open it. 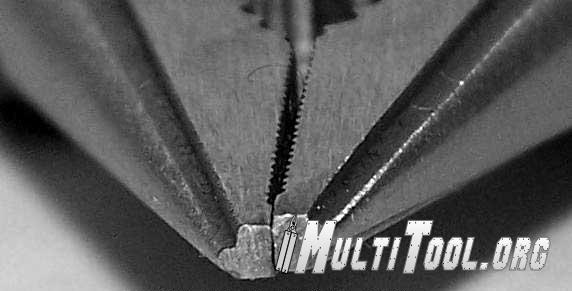 All in all this is not a bad tool if it can be found at a decent price. It is functional, but you may want to avoid it if you are looking for a compact tool or if you have smaller hands. Given it’s large handles, this tool isn’t very comfortable for smaller folks.

More in this category: « Gerber Nautilus Review Gerber Multi Plier 700 Urban Legend Review »
back to top
Interested in this or a different tool and still have more questions?
Why not join us over on the Multitool.org Forum where our community can help you find what you're looking for!