Leatherman’s Blast model was a pleasant surprise when I received it. After having the Kick for a while, then moving up to the Fuse I appreciated the locking mechanism but I was so disappointed by the new scissor design that I think it jaded me. It took the Blast to really get my attention again in this series.

Of the three models, the Blast is the biggest while the Kick is the smallest and simplest. The Fuse is somewhere in the middle. The Kick seemed like such a lightweight to me that I really hadn’t pursued this line, in favor of other, more robust tools. I got the Fuse and while it was better than the Kick, it really didn’t catch my attention very much. Then, a week or so later, the Blast showed up and as the song says, now I’m a believer.

But I am getting ahead of myself. The Blast, while a little wider than the Kick and Fuse, is still not considered a large tool like the Core , SwissTool , Surge or PowerLock . It has the plastic inserts that are common to the the other models in it’s series, and it has Leatherman’s newer style plier head which is supposed to be stronger than the original design. I’ll take their word for it as I have never broken either design.

The Blast features a very respectable number of implements, including:

Interestingly enough, the Blast doesn’t seem terribly heavy or bulky even with all of this on board equipment. I am a little disappointed in the flatheads since they are dedicated flatheads (regular readers will know my problem with this) but at least there is only two of them. The upside of this is that the shanks on the screwdrivers (flatheads and phillips) are long enough to comfortably reach most recessed screws that leave other multitools in the dust.

Another positive feature of the Blast is that the implements all lock, and lock solidly. In fact, Leatherman has wiped out most of the problems they defined with the original PST. The implements lock, the handles are comfortable, and there is no tool clumping. It’s the Holy Trinity of multitools! 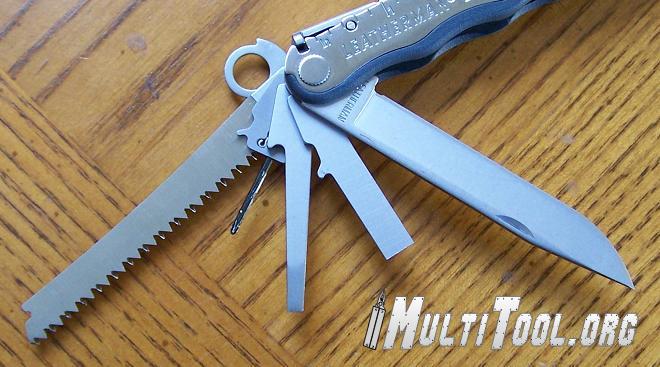 That having been said, the Blast is not the perfect multitool, and like all tools, does have it’s drawbacks. The new scissor design found on the Blast, Fuse, Wave 2004 and several other tools really does leave a lot to be desired. While functional, they are small (puny actually) and are dwarfed by the scissors found on the much smaller Juice models, as well as those on older models like the PST II . This is a significant step backwards, and I hope that this design is forgotten in future models.

The metal saw is another one I like to pick on, as many readers well know. Leatherman makes perhaps the finest file available on any multitool, then includes it on only a few models. The diamond file is something that should be included on all Leatherman models that are equipped with files. The standard metal file is adequate but seems like such a letdown after having used the diamond version. 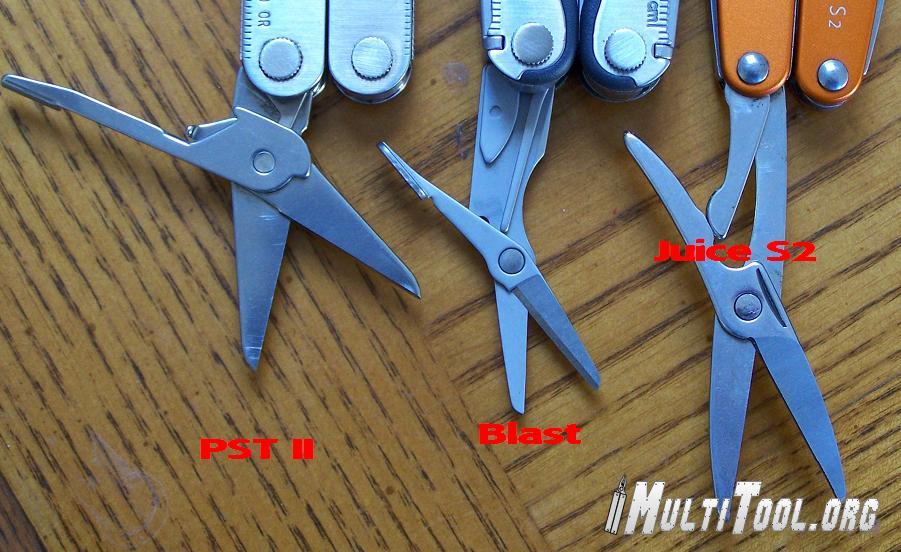 Lastly, the sheath is also not terribly impressive. It is better than the Kick sheath that I complained about previously, but not by much. At least they managed to make this one smell like leather, but that’s about as good as it gets. I am not certain if it’s real leather or not, but it is flimsy, and while it fits the tool well, it also seems like it wouldn’t take any abuse before falling apart. Where are the good old leather sheaths that Leatherman used to be known for? 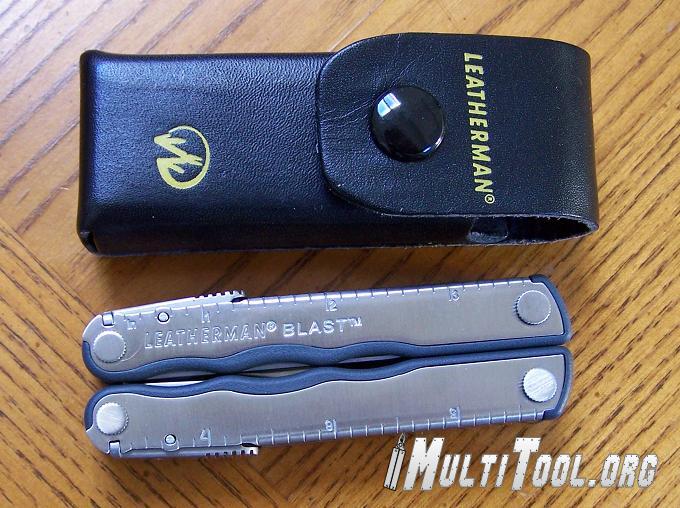 The Blast is actaully a pretty good tool for moderate to occasional heavy use. I wouldn’t suggest doing anything too serious with it, and it wouldn’t replace my SuperTool or SwissGrip for major jobs, but it should handle almost anything well enough. It has earned respect for a series that I didn’t think to highly of in the beginning, and that’s definitely got to be worth something. 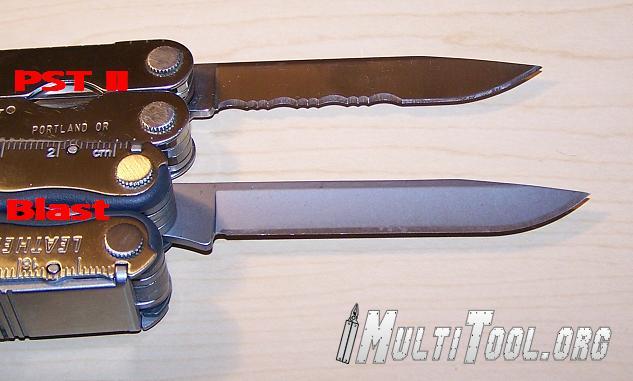 More in this category: « Leatherman Universal Tool Adapter Review Leatherman Charge TTi (Sec3D) Review »
back to top
Interested in this or a different tool and still have more questions?
Why not join us over on the Multitool.org Forum where our community can help you find what you're looking for!