Another member of Leatherman’s Charge family, the Ti is now discontinued, along with it’s original titanium handled sibling, the XTi . While the XTi was replaced by the ALX model, the Ti was replaced by both the AL and TTi models. 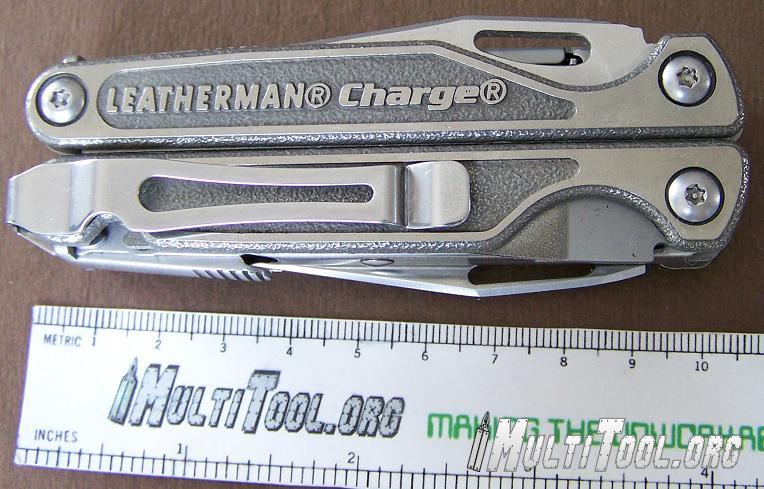 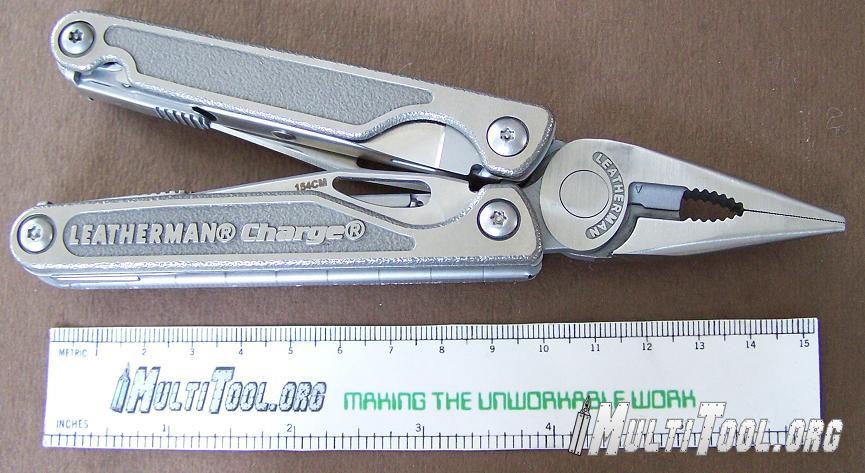 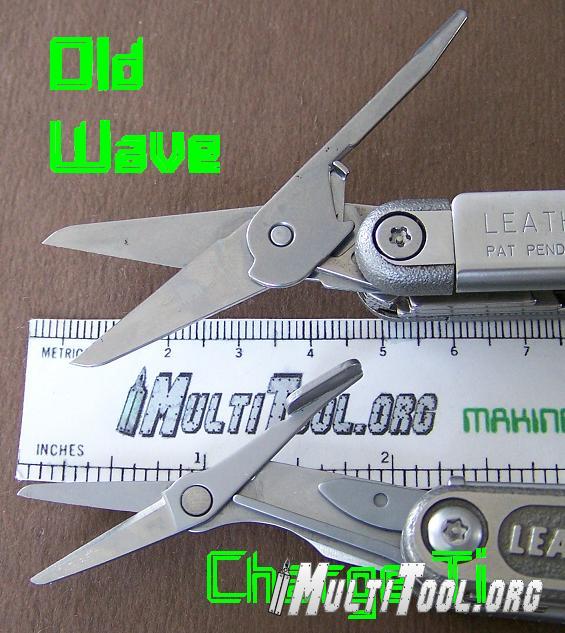 That having been said, the Ti is actually a very nice tool. I greatly prefer the tool compliment of the Ti over the redundant screwdrivers on the Xti or ALX models but then anyone familiar with my reviews should know that the scissors alone make this one stand out in my mind! Unfortunately, they are the smaller, current generation scissors found on the Blast and Fuse models rather than the old folding design from the old Wave or PST II , which is a design I much prefer.

The Ti is also outfitted nicely with a double ended eyeglass screwdriver with both phillips and flathead ends and one of Leatherman’s proprietary flattened bit drivers. It also comes equipped with a small bit set with additional bits that fits into a small elastic pocket in the back of the sheath. Rounding out each side, the Ti also features a dedicated flathead and a standard Leatherman can opener/bottle opener/wire stripper. 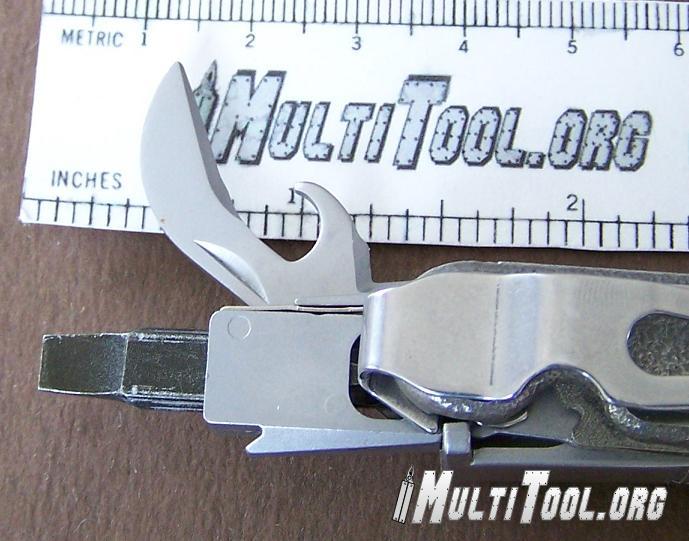 As with any Charge model though, the design is rich with additional features, such as the slot in the end where the lock mechanism can be used to attach the removable pocket clip or lanyard ring, the 154CM high quality steel used in the main blade or the hidden lanyard ring that I would have never known about had I not heard about it on the Multitool.org forum from someone. On the opposite side of the opposite handle from where the pocket clip would go, look for a tiny slip of metal just under the tip of the wood saw. Using a flathead screwdriver, push that small hunk of steel towards the end of the tool, and voila! Instant lanyard! 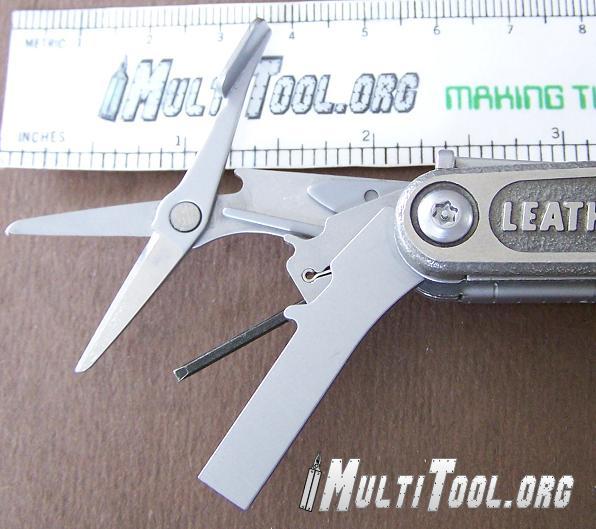 The blades alone are worth examining in detail as well. As mentioned a premium blade steel is used in the main blade, but this steel is unfortunately not used in the serrated blade. For that Leatherman opted to use their usual, very functional stainless steel. Another detail worth pointing out is that unlike the serrated blade on the Xti/ALX/TTi models, the Ti does not have the hooked cutting blade on the end. While I am a big fan of a hooked cutting blade, I wasn’t a fan of it on the end of a blade like on the other models, so I am perfectly happy not to have it here. The big reason I wasn’t fond of it is that when used as a rescue blade it would likely end badly for the victim. Admittedly, they probably had more of an eye on hunters for this feature, but as I don’t hunt anything more dangerous than paper targets, I have no frame of reference on that. 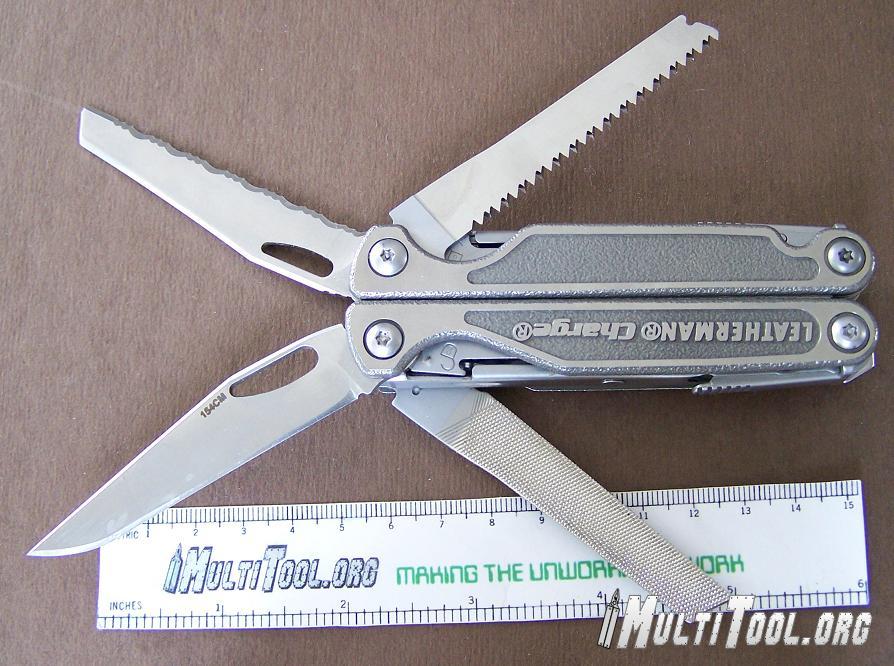 While the Ti is a great tool, it is not without it’s drawbacks, most of which I have touched on before. The increased price for the application of different or exotic materials is perhaps it’s biggest downfall. As I said above, there is no structural benefit, corrosion resistance etc to the aluminum or titanium handle scales. To that end, one could get just as much function with a Wave at a significantly lower cost. As for the fancy blade steel, I have never found the standard steel lacking in any way, and I’m not certain I’d see it as a necessity. In addition, I think that if a company is going to advertise a fancy blade steel on a multitool, they should use it on both blades, not just one. The message they are sending otherwise is confusing. On one hand they have this wonderful blade with better edge retention etc than the standard, but then they put a standard blade on the other side as if it were equal. Again, I see this as adding unnecessary cost to try and get more folks interested in it. The tactical knife industry has been doing this for years with the fancy materials they use to try and get their knives noticed. How much longer until micarta, carbon fiber and g-10 make their way into the handles of multitools and we have a new super steel race going on for multitool blades? 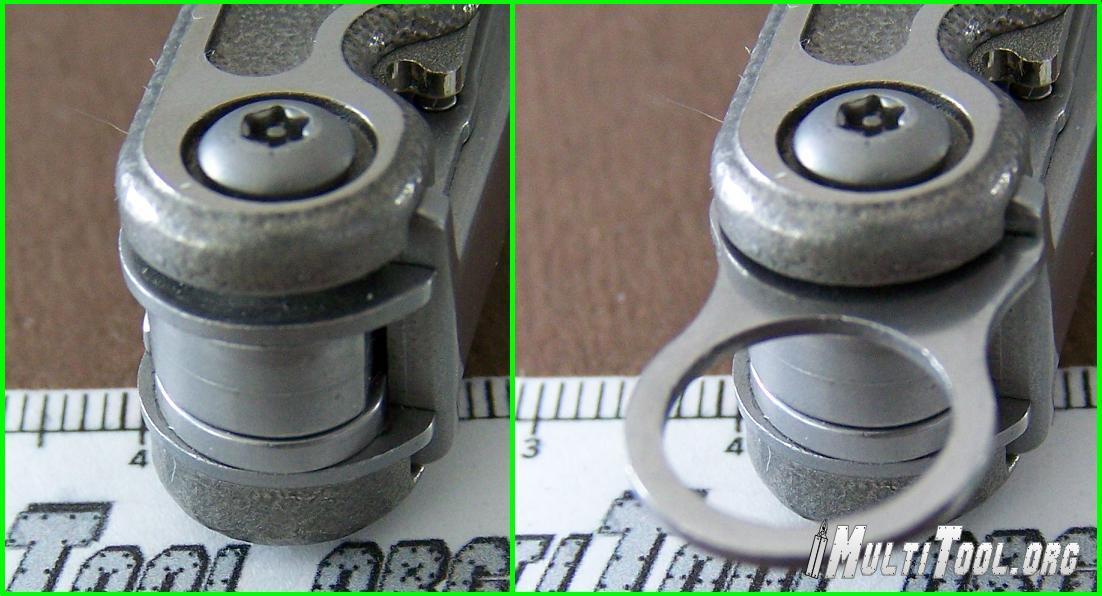 The last concern I have with the Charge is the quality control. I don’t know if it’s a design flaw or an assembly issue, but all 5 Charge models I have suffer from “rub” as do many of the Charges owned by many Multitool.org members. The diamond file is perhaps the only thing that can damage the titanium scales on a Charge model, and thanks to pressure exerted on it by the liner lock, the diamond file drags on the inside of the scale whenever it’s opened or closed. What this means is that the user spent extra money for fancier materials like titanium or aluminum only to have it routinely ground away. This is easy to get around though, as most Charge users have found- simply press in on the file before folding it out so the diamond grit doesn’t grind on the scale. Of course in a premium tool like this, one shouldn’t have to make these allowances. 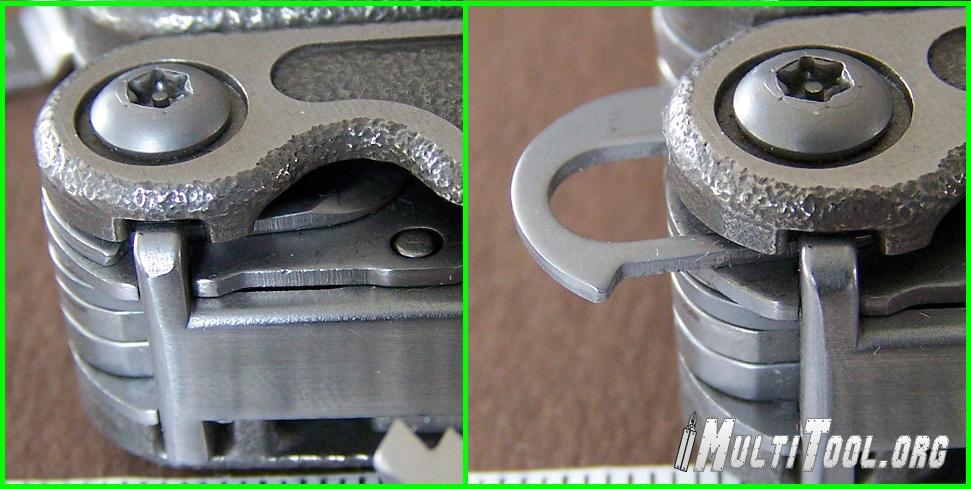 The sheath I got with the Ti is the same leather sheath I have gotten with all of the Charge models I have. It is a very nice, heavy leather sheath that can be worn horizontally or vertically on the belt and has elastic sides to accommodate the tool snugly whether the bit set is carried or not. This is a much better sheath than the leatherette ones offered with the Fuse/Blast/Kick series, but then the Charge models are at a much higher price point as well. 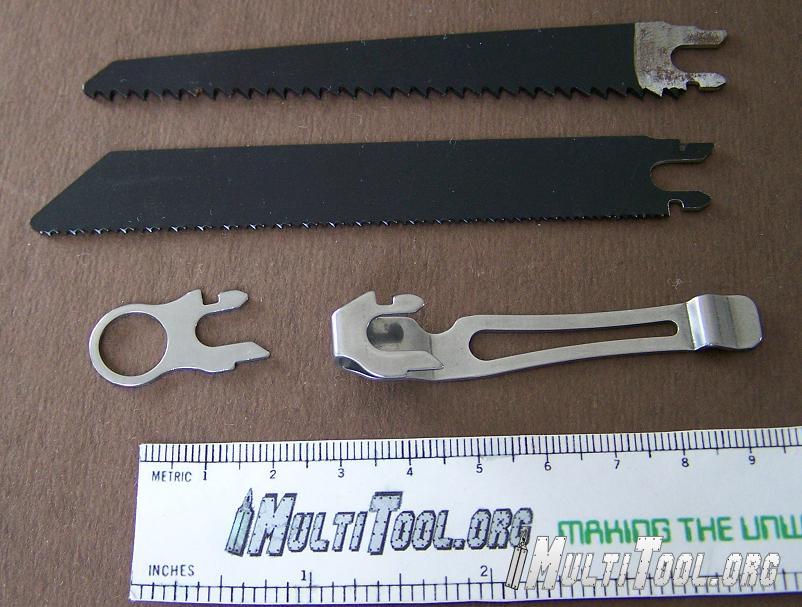 All in all the Ti is a great tool, and it quickly became one of my favorites. Yes, there are some silly things like multiple lanyard rings, and some annoying things like the file grinding issue, but all in all it’s a good tool. Of course, as it’s discontinued and wasn’t cheap to begin with, I would suggest either a new Wave or Charge AL would be better for the average user. The Xti, Ti and Tti are perhaps better saved for collectors or people who spend more time talking about their tool than using it.

More in this category: « Leatherman Flair Review Leatherman PST Review »
back to top
Interested in this or a different tool and still have more questions?
Why not join us over on the Multitool.org Forum where our community can help you find what you're looking for!