Years ago Leatherman introduced their now legendary Micra, which has dominated the keychain market for years. So much so that when Leatherman decided to upgrade the concept with the Squirt line, the Micra held fast. It seemed that not only could the Micra beat the competition, it could also easily take on it's technically superior replacement! I always find it amusing that Leatherman is such a great company that even they can't compete with themselves! 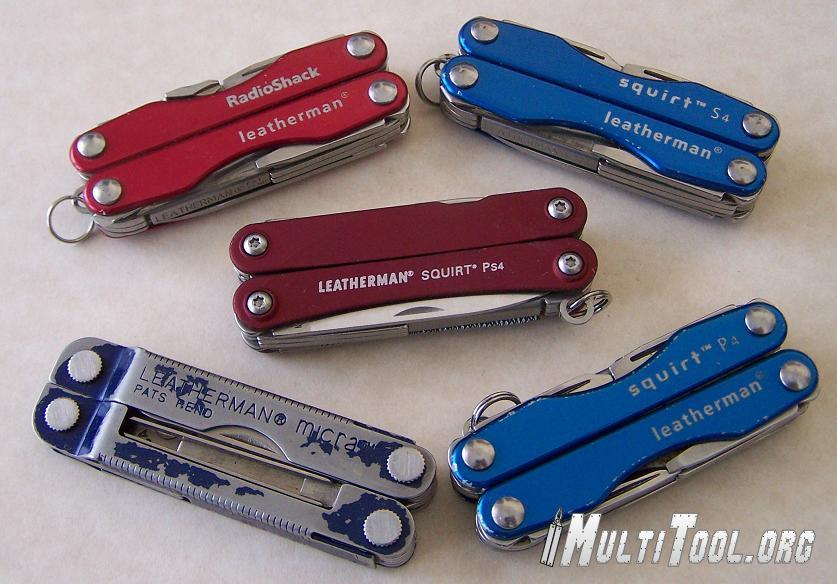 Not ones to leave well enough alone, Leatherman has decided to try and improve on perfection again with the introduction of the PS4. The strength of the initial Squirt line was that it gave the customer a chance to decide what they needed most by providing a plier version (P4), a scissor version (S4) and a wire stripper version (E4). This was a great concept, but what happens if you need both pliers and scissors? Enter the PS4. 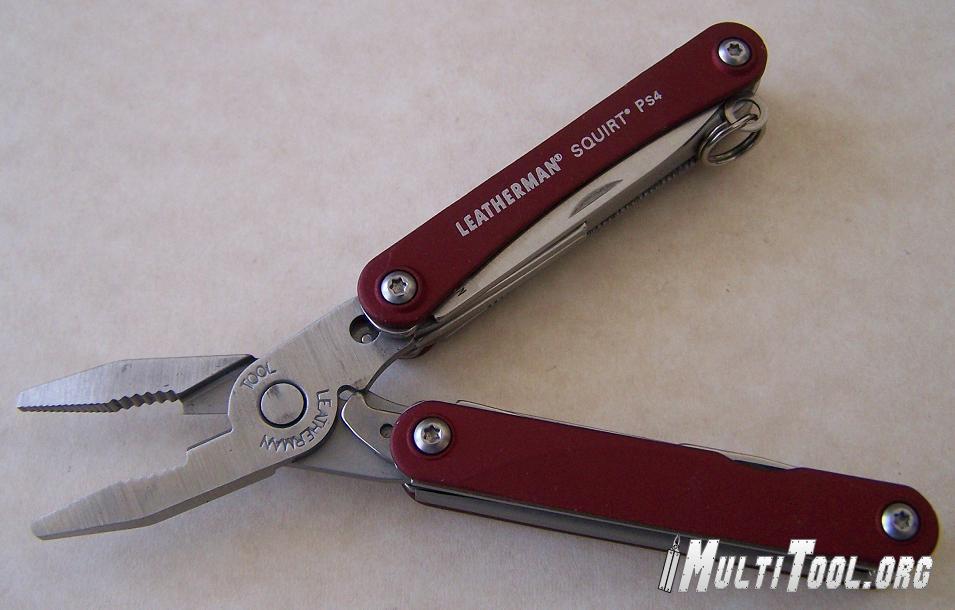 Based on the same plier head as the old P4, the PS4 includes a small set of scissors very similar to the Victorinox 58mm models, which are pretty well the only keychain tool out there that can compete with the Micra. 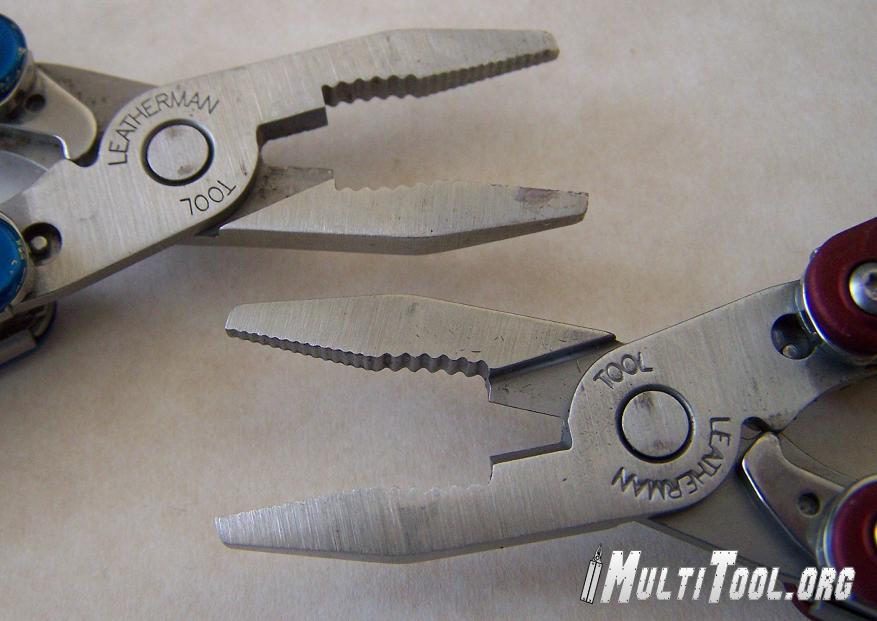 Despite the comparable design and similar size, I don't think that the Squirt's scissors are quite as nice as the Victroinox versions, but then again Victorinox has had a lot more practice at making them. The scissors also pale in comparison to some other keychain scissors, like Wenger's 63mm scissors, and are not nearly as effective as any of the scissor based tools in this class, like the Micra, the Schrade ST2 Tough Chip, Gerber Shortcut/Splice or SOG's Crosscut. Still, it excels when you consider that none of those tools has both, pliers and scissors. 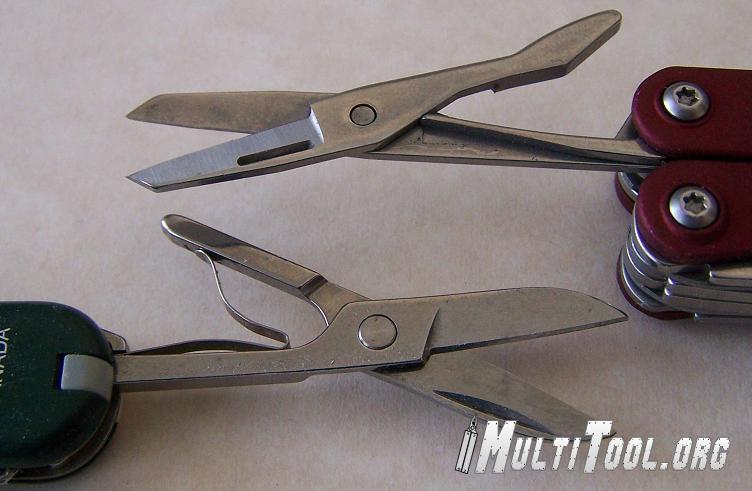 Some people ask what the point of scissors are when the tool has a knife- I challenge those folks to try trimming a moustache or nose hair with a knife blade! There's a reason that a large portion of the multitools on the market include scissors! 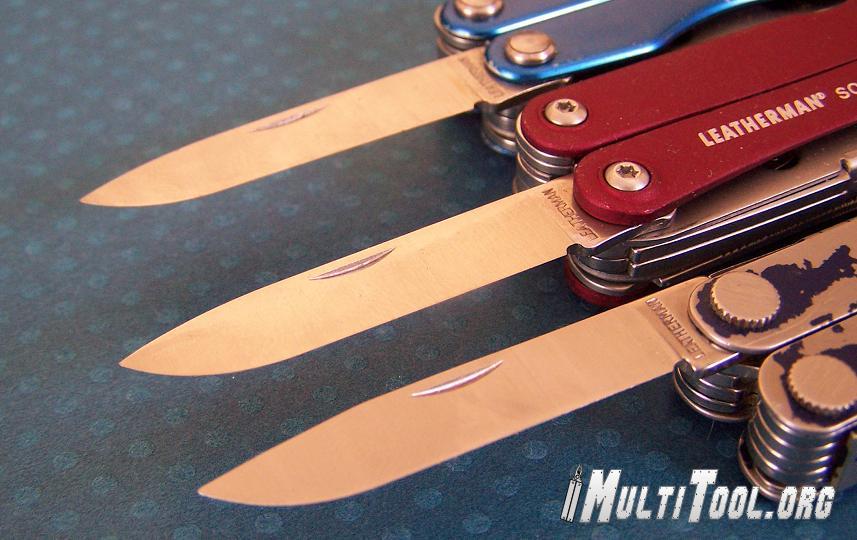 In addition to the scissors, pliers and knife blade (which is identical to the one found on the previous Squirt models and the Micra) the PS4 also features a small file with saw edge, pointed flat phillips driver and bottle opener with integrated flathead screwdriver. These are all identical to the ones found on the previous Squirt models, and are reasonably effective for what they are. I am personally not a fan of the flattened, pointed phillips screwdriver, but it works well enough in a pinch, which is what this tool (and indeed all keychain sized tools) is designed for. 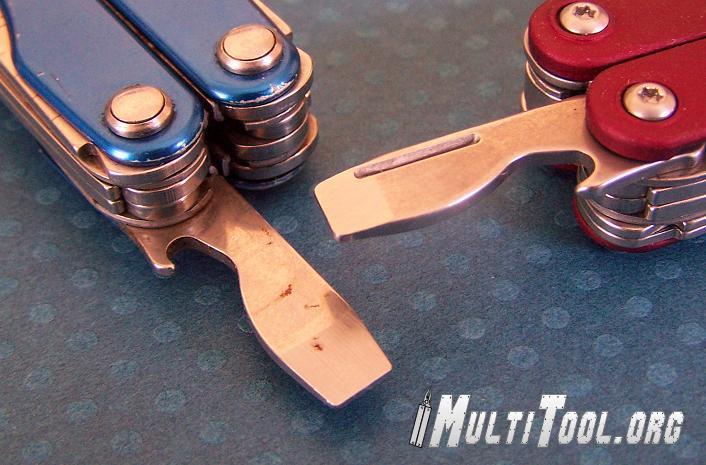 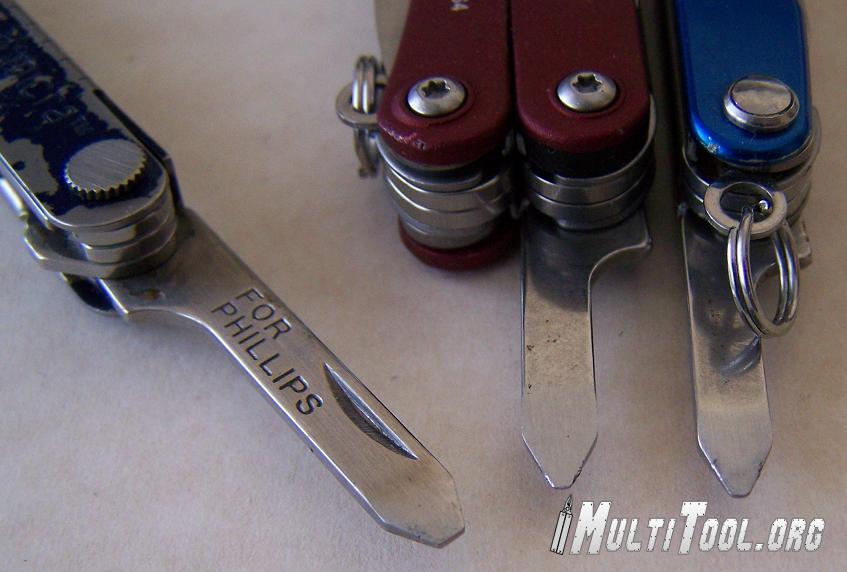 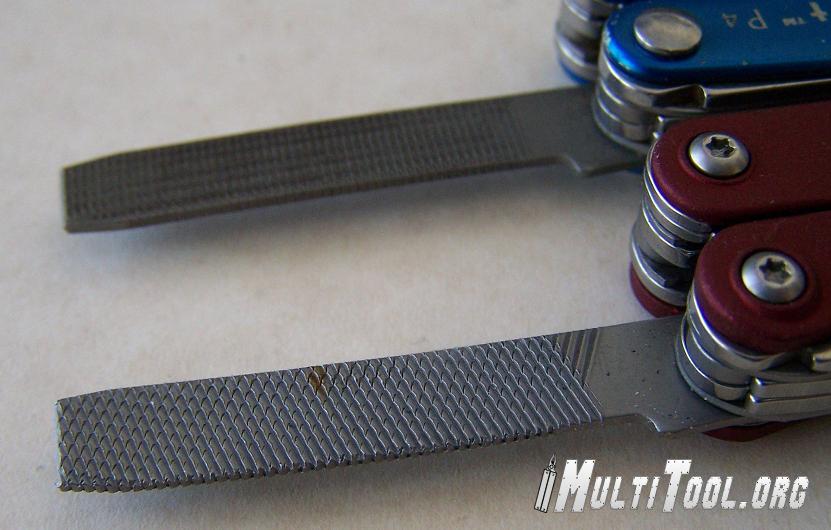 One other thing worth mentioning about the new PS4 even though it's not really a feature or function is the redesigned handles. The original squirts were simply rounded and had smooth scales with fancy colors on them to compliment the Juice lineup. Because of this and the fairly strong springs that held the original Juice models shut, they were difficult, if not impossible to use if your hands were wet. The new Squirt is a little straighter, although does keep the rounded ends of it's predecessors. It also has a more subdued color (black and red models are available) and the handles are contoured and textured to increase grip and make it easier to open them, even under less than perfect circumstances. 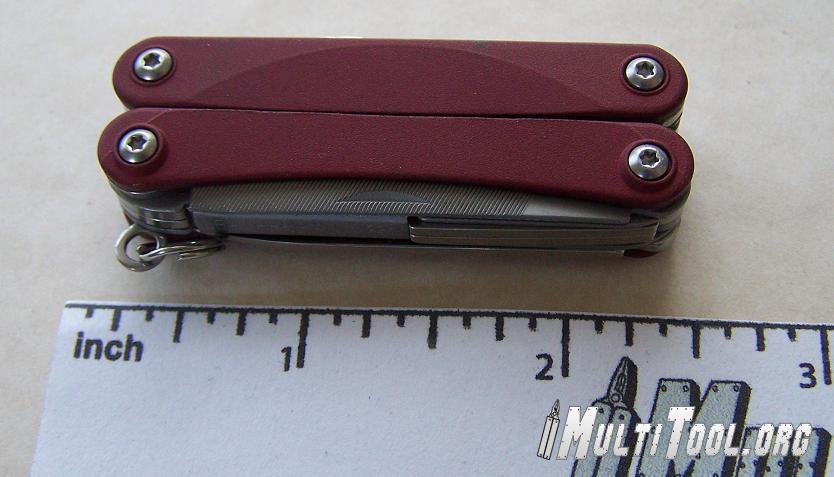 All in all I like the new Squirt. I never warmed up to the original Squirts, but I think this new version has potential. Will it knock the Micra out of the running? I hope not, as I love the Micra and I think it's far too iconic to get the axe. When actually carried on a keychain, the PS4 is likely to suffer the same fate as the earlier Squirts- fancy colors and coatings get chipped and scratched by keys and change in your pockets and your “pretty” tool starts to look like crap in very short order. The stainless steel versions of the Micra didn't chip and didn't show scratches as easily, which accounts for one of the many reasons it's still here today. 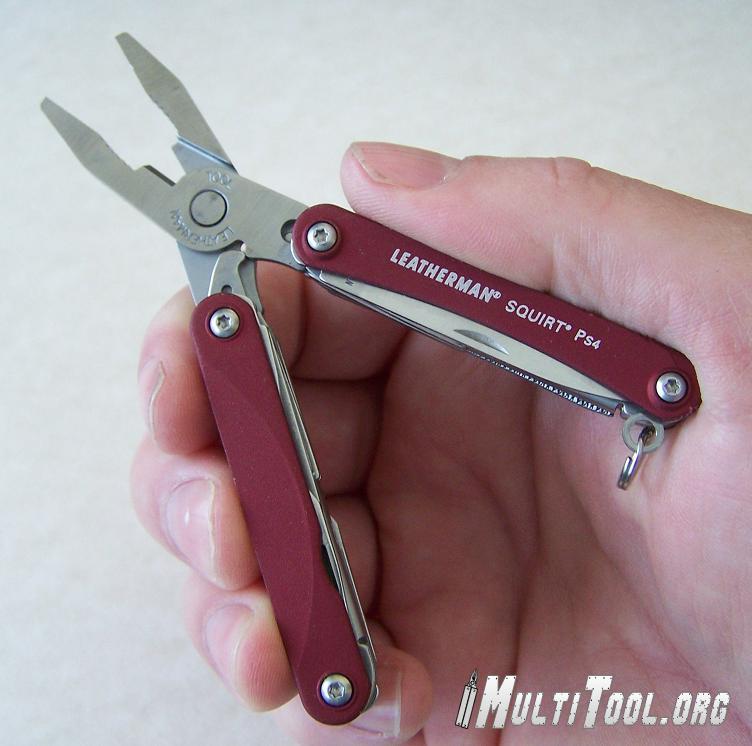 The bottom line here is that if you have a Micra, you know how important it is to have a tool handy at all times. If you don't have a tool on your keyring, or know someone who could benefit from it, the PS4 is far from the worst choice you could make. Having both pliers and scissors is very handy, especially for those who don't usually carry a full sized multitool.

More in this category: « Leatherman Super Tool 300 Review Leatherman MUT Review »
back to top
Interested in this or a different tool and still have more questions?
Why not join us over on the Multitool.org Forum where our community can help you find what you're looking for!