I have just received a Paul Chen Multi Tasker, first impression= it could have been made by Gerber, very much like a shiny Recoil. Then when you start using it you find the shears can not be flicked out like a Gerber because they are locked in both the open and closed position. To use you have to press the buttons and let it slide open/closed. The shears are 1/8" thick and cut what cable I had laying around very well also paper card plastic sheet a seat belt and some canvas. 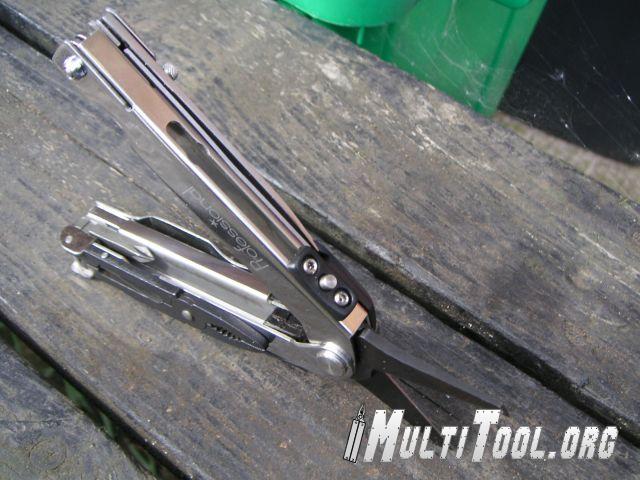 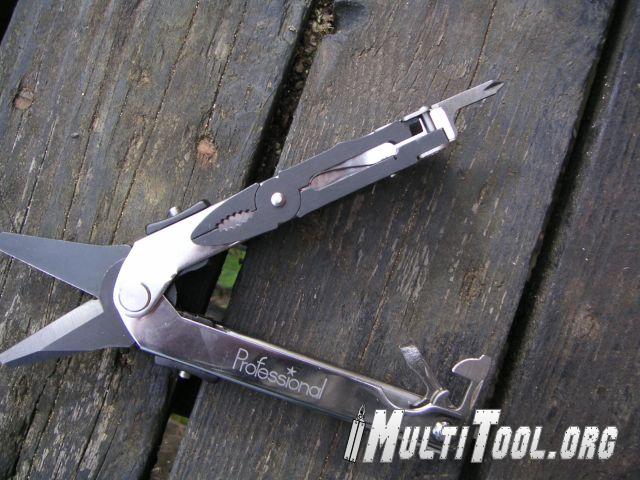 When closed the tools available are a one hand opening knife on one limb with a pocket? clip on the other limb. Behind the clip is a file that when you open it comes away from the tool and a 16tpi saw blade. When open there is a Philips screw driver on one of the arms (it takes the Gerber Bit adapter so 1/4" bits can be used with it. On the other arm there is a small flat driver with a tin opener and a medium driver with a bottle opener. The knife blade is held open by a liner lock the other tools are held open in the same way Gerber used to use, a part of the main body pressing down to act as a slip lock. The file is in a world of its own you must open (remove it to get at the saw and slot it back into position when finished, I personally think it would have been better behind the saw. On the other side to the clip is a sprung open pair of piers the spring is riveted in so it will not be lost, so we shall see how long it lasts. The pliers are about half an inch longer than the ones on the Cybertool. 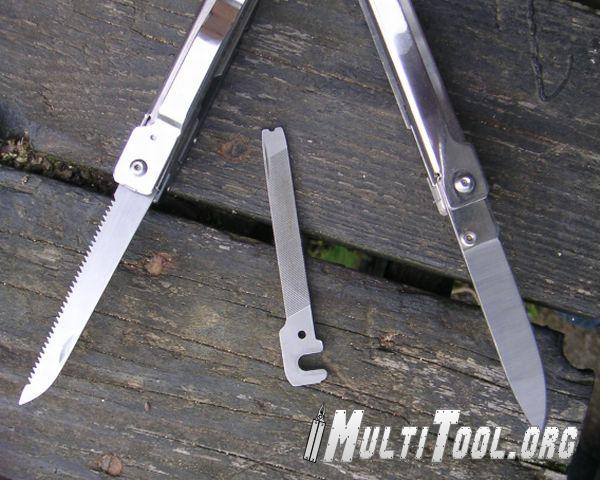 Although the tools are plain unfinished steel as tools should be and the shears and pliers have some sort of black finish (anodized?) the main body is in chrome with Professional on one side and patent pending (no numbers) on the clip.