It’s not often I come across a keychain tool that is better outfitted than it’s full sized counterpart, but Sheffield has managed to come up with a perfect example with the LED Multitools. Other than the name however, it’s important to note that these tools have nothing to do with the high quality products manufactured by Sheffield in England. 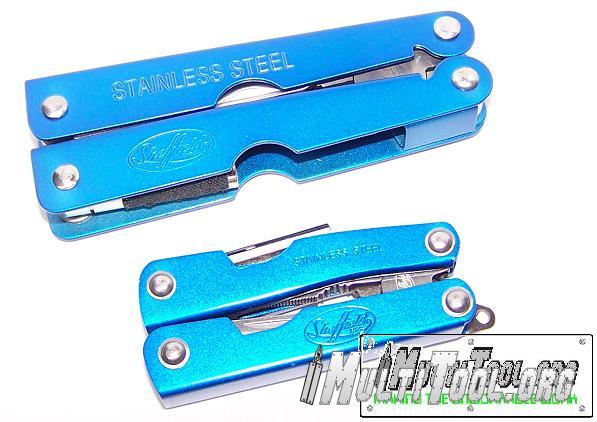 There are two sizes of this particular model- the keychain and the full sized versions. In the absence of any discernible name or model number from Sheffield, I will refer to them by size so as not to get confusing. 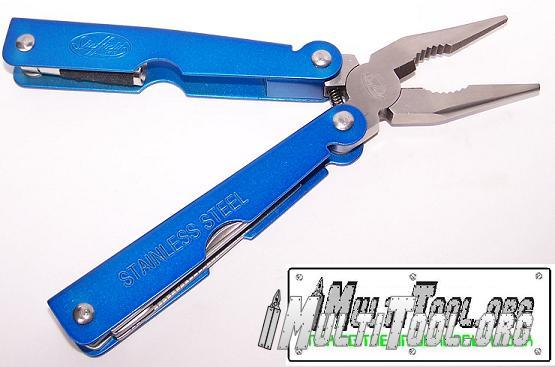 Both tools feature what appears to be spray painted sheet metal handles in a delightful shade of blue covering typical “halfway” type plier heads. The plier heads are halfway between a standard blunt nose and needle nose plier types to maximize their effectiveness. Both pliers include integrated wire cutters with no hard wire notch, and a spring incorporated into the rear of the plier head between the handles to aid in opening the pliers during use. 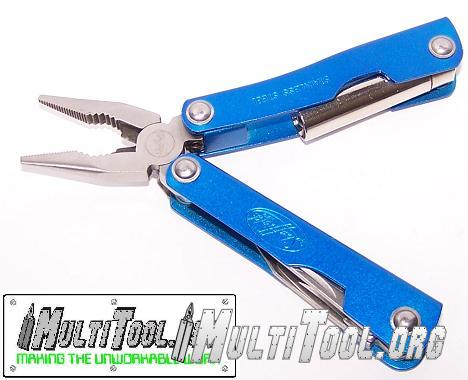 The most interesting part of the design is that the manufacturer has opted to have one handle oriented for outside opening tools, and the other handle set up for inside opening tools, which means that to access the implements, one has to open the pliers. This allows for the LED light to be used and accessed while the tool is closed, and therefore more comfortable to use as a flashlight, while also enjoying the protection of the opposite handle while using the edged tools inside. This is important as the screwdrivers and blades do not lock. Of course the effect is a tool that looks like a factory defect with two “left” handles, but when it comes to tools, aesthetics take a back seat to function. 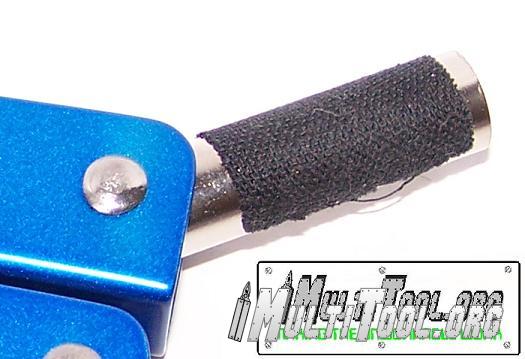 The LED lights on both tools function the same- they are fold out barrel type lights with a hinge at one end and the bulb at the other. Inside the barrel is three watch cell type batteries, and the light is activated with a twist of the barrel. I found the smooth, polished barrel to be somewhat difficult to twist effectively in the humid atmosphere of my coastal town, but that was quickly fixed with about an inch of grip tape, found in the hockey section of any sporting goods store. While not a high performance LED light, it is easily positionable for a static light source when working in the dark. Of course, I hope you don’t need the tool when working in the dark! It is possible to leave the light on and fold it into the plier handle, but the plier head blocks most of the light coming from the LED so you still wouldn’t see what you were doing. This is the problem I have with built in tool lights in general and isn’t specific to these models. It is important to point out that on these tools, the LED barrel is about as long as the screwdrivers, so the likelihood of using the screwdriver and LED is also slim as the LED itself would be covered by the wood or any other medium you are driving into. 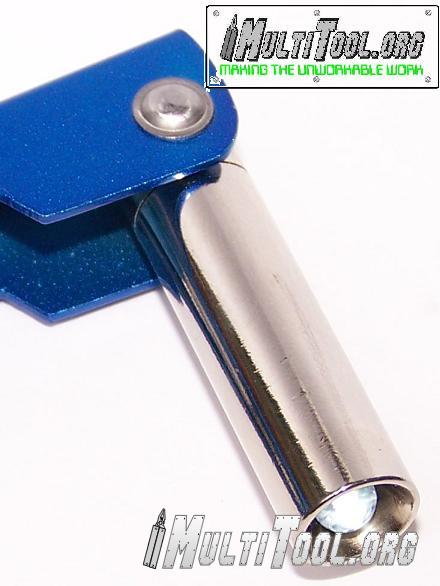 Looking at the smaller tool shows that it is meant to go on a keychain- it arrived with a short chain attached to an anchor point on one of the plier pivots. In the interest of testing this tool without any obstructions I removed the chain. In addition to the lanyard attachment the smaller tool features a plain clip pointed blade, a bottle opener with integrated flathead screwdriver and wire stripping notch, phillips head screwdriver and a serrated sheeps foot blade. There are also several spacers inside that the manufacturer could have used to include more tools but didn’t. A nail file, can opener or even another screwdriver would have been nice. 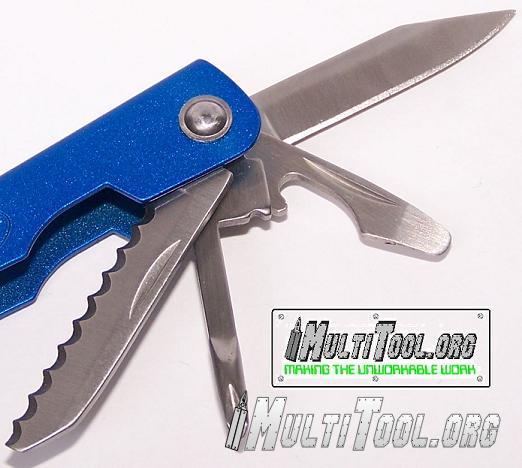 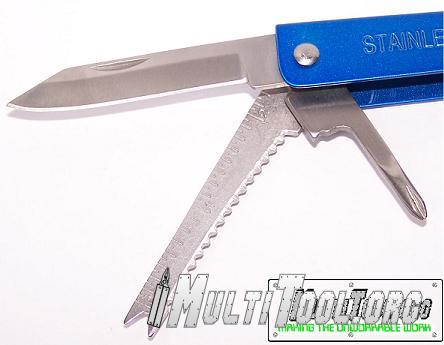 Interestingly enough, the spacers are used to the plier end of both tools as well, meaning that the tool handles are extra wide to accommodate the wide LED light barrel- except of course that the LED light is also equipped with spacers. My guess is that the handles are designed with a multitude of different tool selections and plier head options. Being able to use the same parts on numerous tools is an excellent cost cutting measure that usually benefits the end user at the cash register. Complex parts like folded sheet metal can really increase costs if not used wisely.

The large tool also comes with a nylon weave sheath with the Sheffield logo displayed on the front. While it is ill fitting to the tool, again it is probably standardized to fit a multitude of different models. It does benefit from one option- it can be worn vertically or horizontally on the belt, but as the large LED multitool is extremely light, I wouldn’t suggest putting a heavy Leatherman or SwissTool Spirit into it. 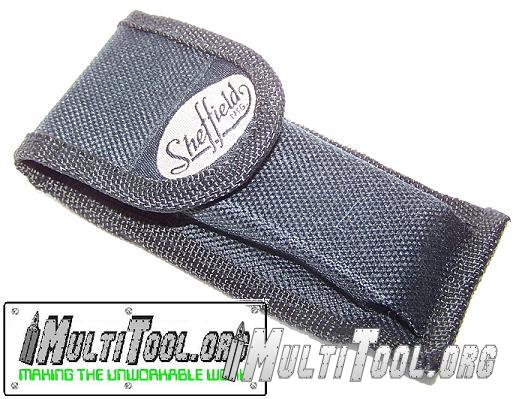 Overall, these multitools rank highly in their category, which is a category that has more entrants than any other, as any trip down the aisles at Wal Mart, Home Depot or your local dollar store will prove.

More in this category: « ResQMe Review Crescent ToolZall Pro/Bear Jaws 155 Review »
back to top
Interested in this or a different tool and still have more questions?
Why not join us over on the Multitool.org Forum where our community can help you find what you're looking for!