Some ideas are so simple and straightforward you just have to smack yourself in the forehead for not thinking of it yourself. The ScrewPop tool is one of those ideas- basically a bottle opener with a built in screwdriver- a must for any technical student! 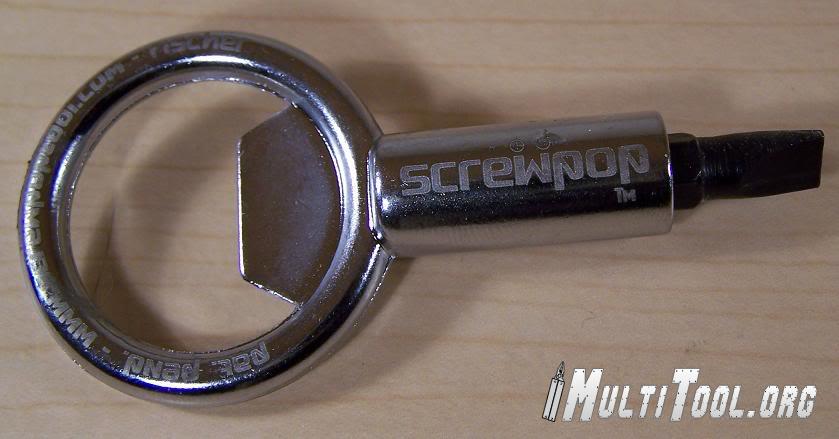 The main body of the ScrewPop tool is the bottle opener- the ring is large enough to hang from your keys and not be bulky, or, perhaps more importantly, not let your keys get in the way during delicate bottle opening operations. The large mouth accepts both twist off caps and non-twist offs with ease, and the shaft provides just enough leverage to get even older tops off quickly and easily.

In the shaft is where the ScrewPop differs from most dollar store or promotional type bottle openers- inside is a double ended screwdriver bit, held in by a small ball and detent system. The bit itself has a phillips and flathead end, which should handle most of the screws you are likely to encounter. Since it's a standard 1/4” bit though, it can be substituted for any other standard bits you may prefer to carry, or can function nicely with almost any bit kit. 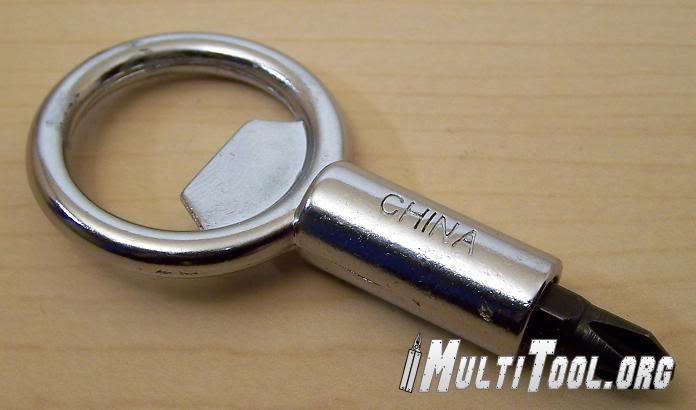 The bit adaptor also functions as a handy 1/4” wrench, which can come in handy for computer case screws as well as holding screwdriver bits. The bottle opener head provides a decent amount of grip for turning stubborn screws, and the design lends itself to the possibility of adding more torque by putting some kind of bar through the open head for leverage.

While the screwdriver/bottle opener combo is simplistic, it is not unique- I find myself comparing it to Columbia River's Get-A-Way Driver, which also fits into this category. The Get-A-Way Driver features four single ended screwdriver bits, bottle opener and a small LED, along with a carabiner, allowing it to be quickly separated from your keys for use. However, the bits are small compared to the ScrewPop tool, and as a result the ScrewPop has more reach for recessed screws. 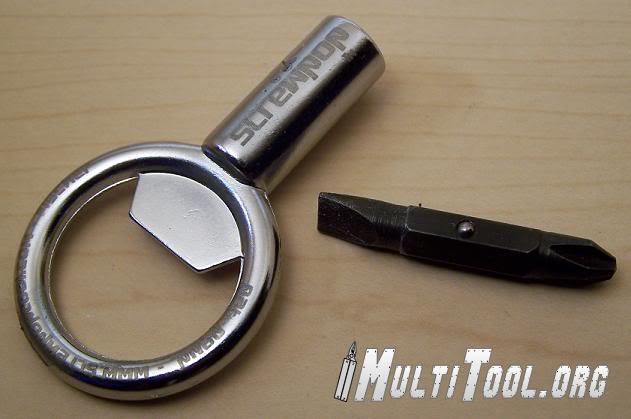 The Bottom Line is the ScrewPop is a handy little tool that is inexpensive enough to get one for everyone you know, and small enough that no one will realize they are carrying it until they need it, at which point they will silently thank you for providing it. It's a simple design with simple construction, and has held up quite well to the extensive testing I have done with it- admittedly a good percentage of that has been on the bottle opener, but since it's the primary tool I didn't want to overlook it!