The Singapore Armed Forces (SAF) recently (circa 2007/2008) began issuing a customized version of the SOG PowerLock EOD Black Oxide to its troops. As far as I know, this is issued to ALL recruits entering Basic Military Training as P.E. (Personal Equipment), which means its yours to keep and not something you have to draw and return from your unit's Quartermaster. It can also be purchased from the SAF eMart (SAF equivalent of the PX) if you want it for about S$70, either using your own money or eMart credit. (eMart credit is a credit-only stipend for purchasing military equipment that gets worn out such as uniforms, boots, webbing, packs, etc).

This is what the package comes with: 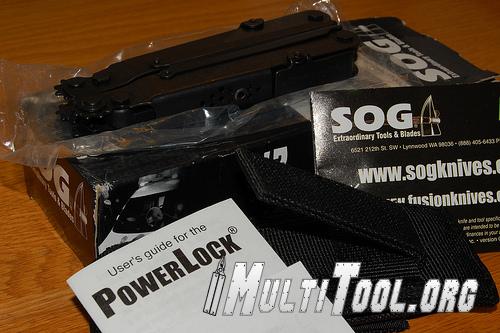 Pretty standard, but that's where the similarities with the commercial version ends. Stuck on the box is a sticker with an NSN number: 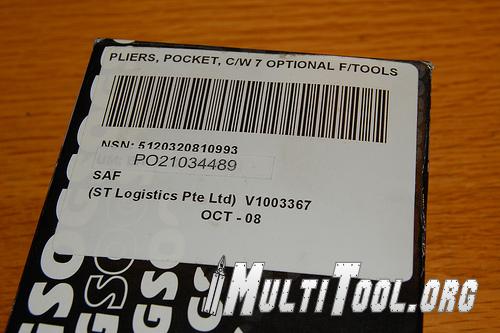 The SAF PowerLock with tools extended: 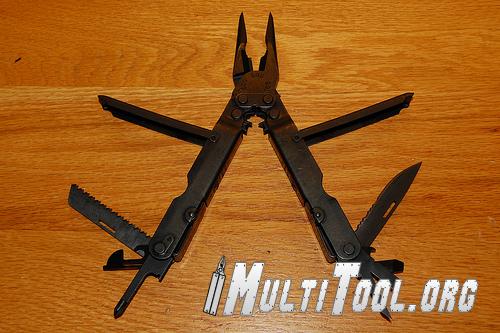 Not only have some tools such as the scissors and file been eliminated, the layout has been changed slightly as well. Edit: DavidBinGA has pointed out that the plier head is a 2.0. This is a list of the SAF PowerLock according to the User Guide:

The above features are exactly the same as the commercial model. Nothing special about the 9" rulers, the forum's script made 8 and ) into . I grouped the rest of the implements according to the handles they're clustered in.

Photo of implements 11-16 extended from the handle: 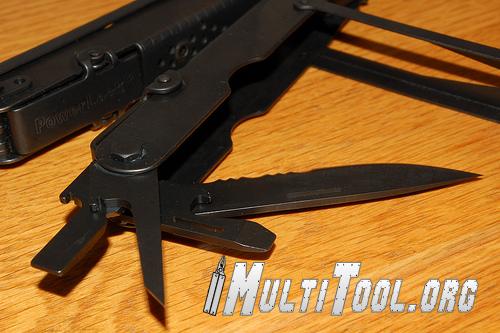 Starting from left the right, the order of the tools are as follows: 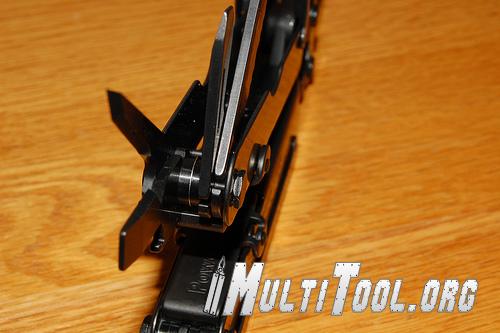 The following tools (17-20) are located in the handle that has "SOG PowerLock" and the patent number stamped on it.

Photo of the implements 17-20 extended: 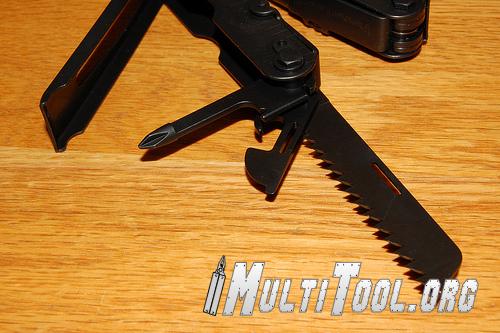 Again, from right to left, the order of the tools are as follows: 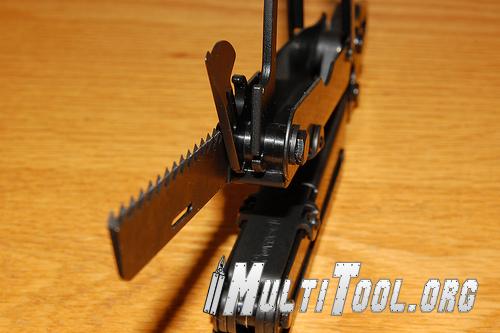 That's all for the SAF PowerLock, which has no markings on it that identify it as military issue, other than the stripped-down and customized tool layout. However I noticed that the User Guide was also unique to the SAF PowerLock.

Photo of the feature diagram on the front: 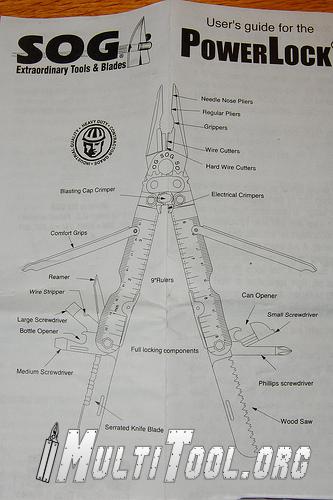 Warranty is covered by Sheares Technologies Pte Ltd, though I'm guessing SOG will service it if I send it in: 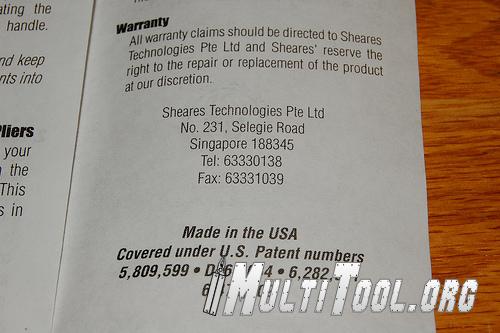 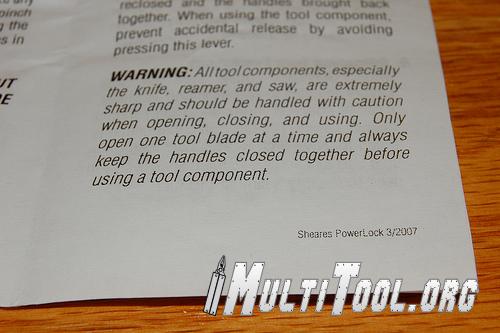 More in this category: « SOG Power Assist Review SOG PowerAssist Review »
back to top
Interested in this or a different tool and still have more questions?
Why not join us over on the Multitool.org Forum where our community can help you find what you're looking for!