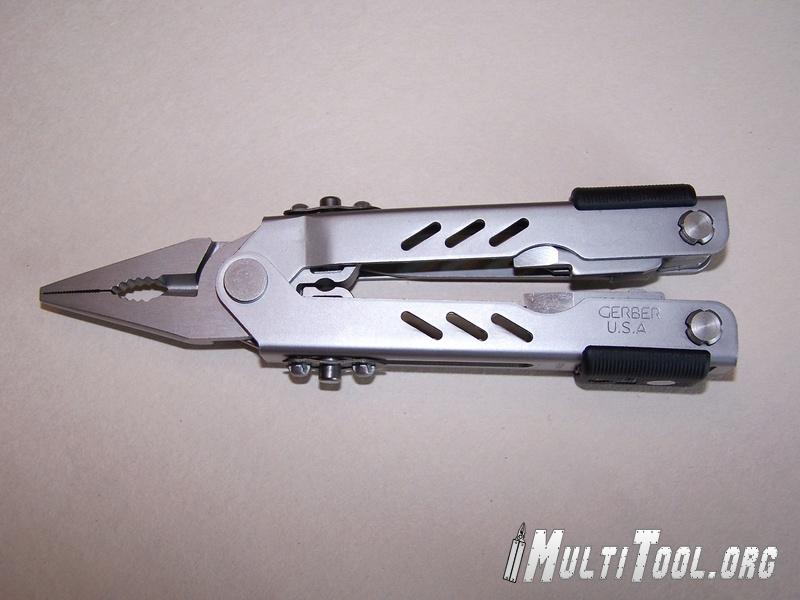 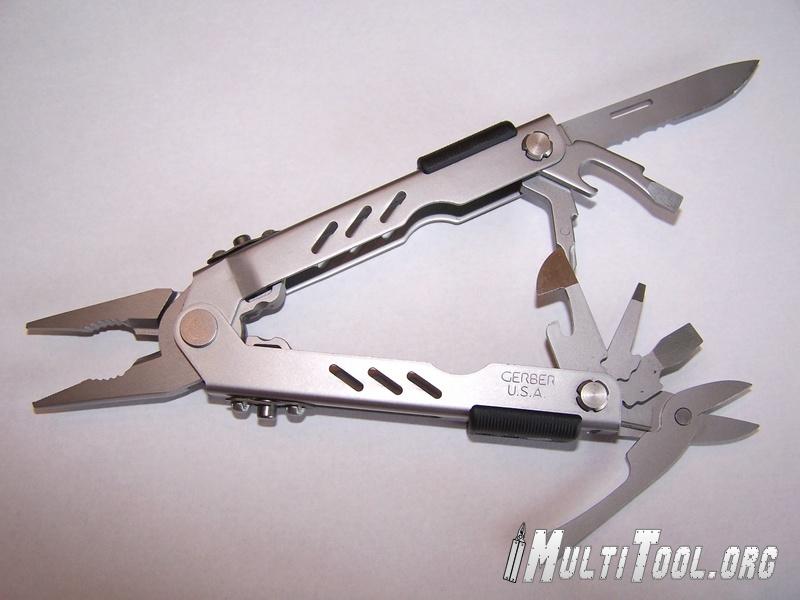 Out of the box impressions:
Upon opening the box, some things immediately stood out to me. First, the Gerber isn’t as “compact” as its name implies, and second, the finish of the tool was a bit better than I expected. Regarding its size, I’m sure compared to the larger 600 series Multi-Plier, the 400 series is more “compact.” When compared to other standard sized tools, the Gerber matches up quite equally.
The implements in each handle open and close smooth. There is a bit of noticeable drag when opening them. The locks engage securely and release easily.
The last thing I noticed is concerning the sheath. The only thing I’ll say about it is that the sheath has already found its way into a box up in the closet…

Using the MP400:
I’ve had the MP400 for a few days now, and I’ve had a few opportunities to use it. I have to say; one of the things I like about this tool doesn’t have anything to do with actually using the tool. Gerber’s sliding pliers is a “fiddlers” dream. I constantly (and mindlessly) play with them. The pliers themselves work fairly well. I don’t feel any excessive flexing when gripping objects. I also do not feel any unnecessary flexing in the handles when squeezing them. They are comfortable to use, and squeezing the handles does not cause any pinching or pain. 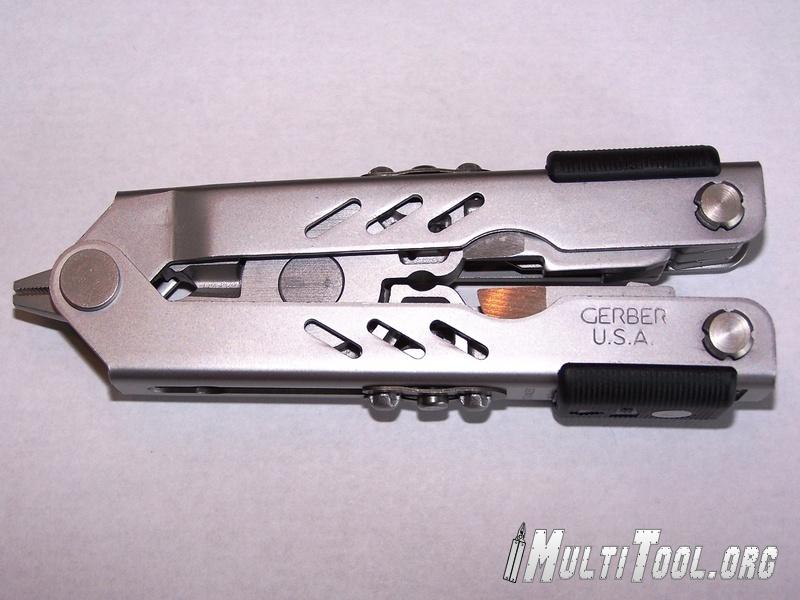 One of the implements I find myself using the most on a Multitool is the can opener. Unfortunately, the can opener on this tool is quite disappointing. I tried opening several cans with it, thinking that I might just need to get used to using it. In this instance though, practicing didn’t help. All of the cans ended up with badly jagged edges, and half the time the opener would deform the lip of the can making it impossible to grip the edge. Every time, I found myself reaching for another opener to finish the job.

The screwdrivers on this tool are acceptable. They fit into all the screws I’ve tried them on. The major problem I have with them is that they are too short. Unfortunately, the sliding pliers leave very little room in the handles for anything else, and the drivers all suffer because of it. This can cause clearance issues if you run into any screws in tight spaces.

Final thoughts:
I’ll admit that before owning the MP400, I had a low opinion of Gerber brand tools. I must also admit that, now that I own one, my opinion was wrong. Despite some of its shortcomings, the MP400 is a nice tool to own. “Fiddle factor” aside, it’s a useful tool that would perform well for anyone.

More in this category: « Gerber Diesel Review Gerber Center Drive Multitool »
back to top
Interested in this or a different tool and still have more questions?
Why not join us over on the Multitool.org Forum where our community can help you find what you're looking for!