Similar to it's more affordable cousins, the standard Skeletool and the yet to be released Freestyle, the Skeletool CX is the premium model in this particular line. It boasts the same features as the standard model, but with a few extra bonuses. 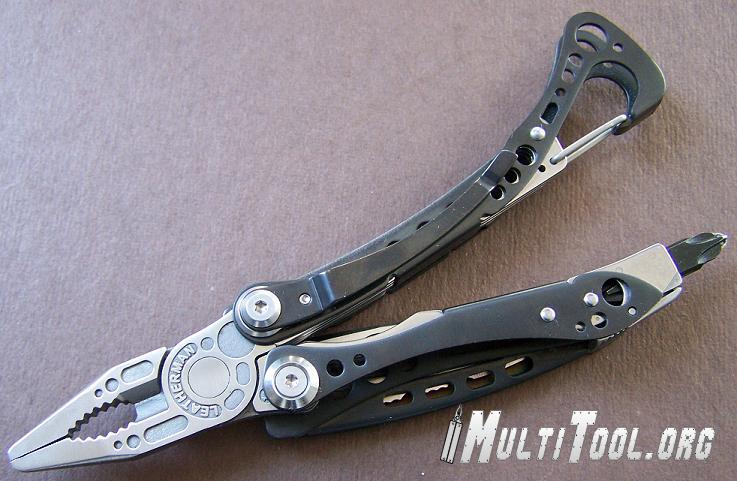 This particular line of tools all feature one handed opening blades, butterfly style pliers, carabiners with integrated bottle openers and pocket clips. The Skeletool and Skeletool CX also feature a LM flattened bit driver and a storage slot for an extra bit. With one double ended bit in the driver itself, and a second double ended bit riding on board, there is a significant amount of versatility in what appears to be an otherwise simplistic and minimalist design.

The first thing you notice about the CX is that unlike it's silver cousin, the standard Skeletool, the CX is mostly black. The handles and pocket clip are anodized in black, while the blade, pivots and backsprings are polished steel, making for a very striking contrast. 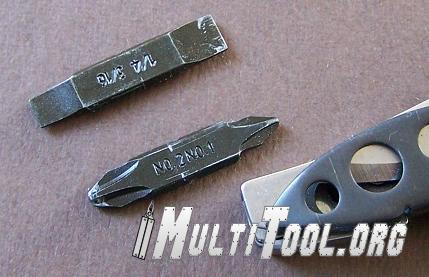 In the standard Skeletool, the insert that holds the double ended screwdriver bit is aluminum, while on the Skeletool CX it is made from carbon fiber. This appears to be a “fancy” option with no real function as the spot is not load bearing, and there isn't a significant enough amount on it to reduce weight significantly. In fact, the weight difference between the standard Skeletool and the CX is only three and a half grams. This is a similar concept to the Charge handles, in which the premium material is added for show only.

As mentioned above, the CX is the premium version of the line, and it features a 154CM steel blade, instead of the stainless blade found on the standard model. In addition, the blade is partially serrated, with some very effective serrations. Serration patterns are very difficult to get right- some are too aggressive, others are not aggressive enough, and some just appear to bind for no reason. Many of these are designed for specific tasks like cutting rope, but an all purpose serration is a very difficult thing to do right. With the CX, Leatherman has managed to do quite well, and while not perfect they certainly are well within the top of the class. 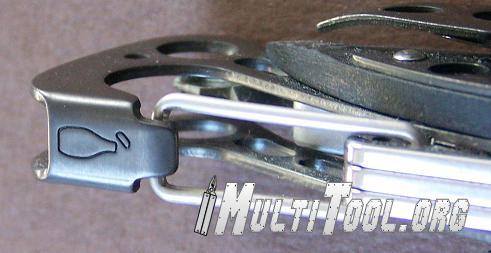 The bottom line is that the Skeletool CX is a very expensive version of the tool, and is perhaps priced out of the range of many users. While the CX runs around $60-70, and the standard can be had at about $40-50, other minimalist tools like the CRKT Zilla and Zilla Jr can be had for under $40 with similar features. Also, many other, better equipped models from Leatherman and other manufacturers can be had for the same or less money, so unless there is something in particular about the CX that you absolutely must have, I'd stick to the standard, or look elsewhere for a tool. 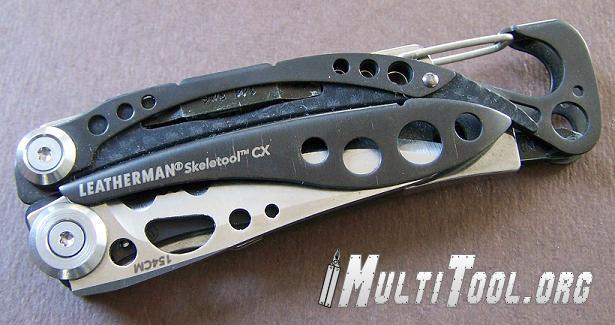 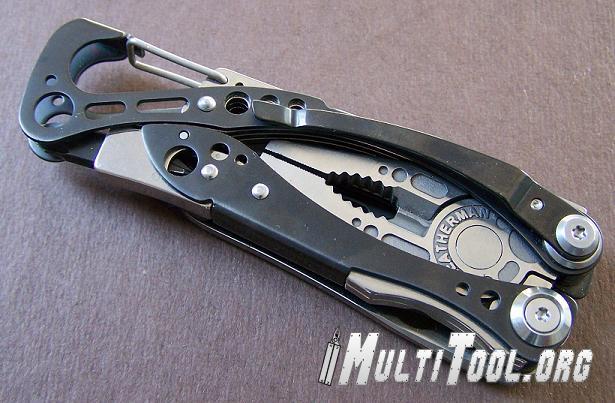 More in this category: « Leatherman PST Review Original Leatherman Super Tool Review »
back to top
Interested in this or a different tool and still have more questions?
Why not join us over on the Multitool.org Forum where our community can help you find what you're looking for!