SOG products are well known for their innovative designs and forward thinking that has made them one of the more popular toolmakers in the industry. Before receiving the CrossGrip and CrossCut, I was expecting something closer size wise to a half pint Pocket Power Pliers ; instead I was surprised to see something more along the lines of my Gerber Clutch . Initial impressions; I was fascinated by the quality and how SOG keeps making tools with those gears, but this time on a much smaller scale. 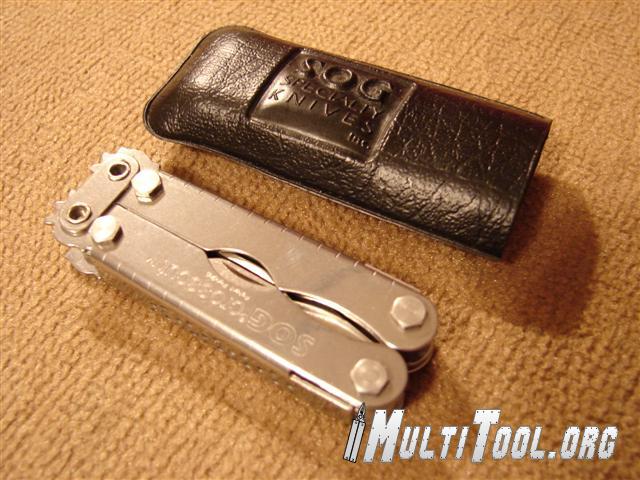 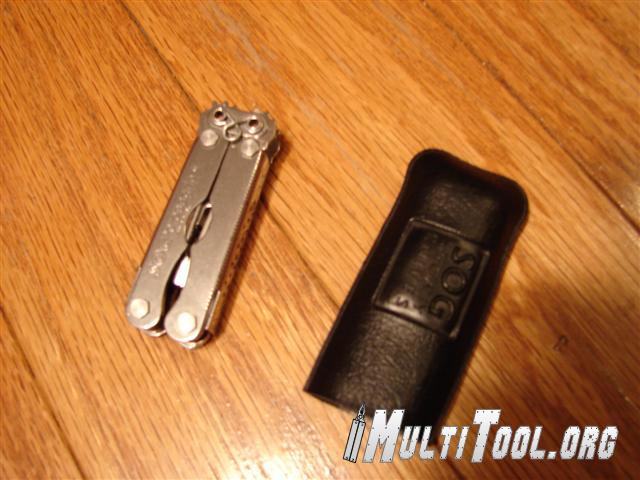 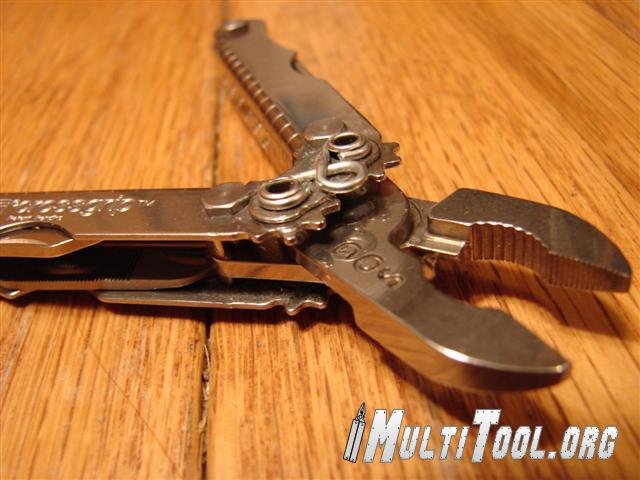 The CrossGrip closed is roughly 2 1/2 inches and sports SOG’s compound leverage combined with two external springs. Even though small the two springs provide more than enough resistance to keep the pliers springing back each time you open them up. The plier head design is nothing like I have seen before, being that of either the needle nose or blunt nose it’s unique just like the tool. The best way to describe them is like have a mini lobsters claw at your disposal. The pliers even with the 2” handles do provide plenty of gripping power and the wire cutters so far have proven to be strong enough to cut paper clip gauge wire. 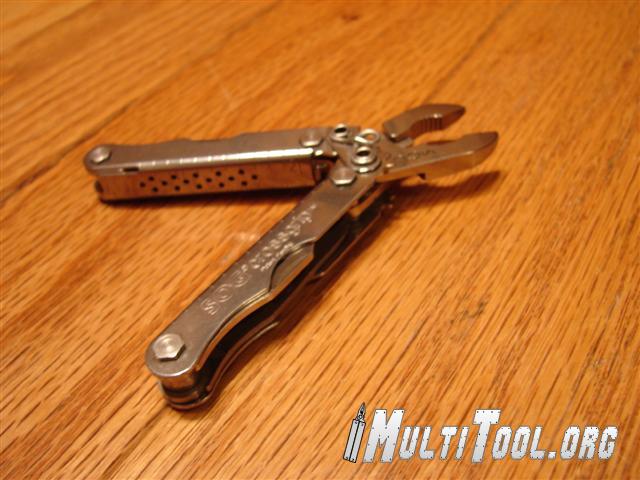 As for tools; in one handle we have a straight bladed screwdriver which works rather well, tweezers that aren’t as good as Victorinox quality but better than those on my Leatherman Micra and the knife blade is indeed small. The knife is only 1 ½ inches in length and like on the Micra is uses a chisel grind on the blade rather than the traditional v-grind we find on most knives. I can’t stand this style of grind and I have trouble keeping an edge on them, maybe it’s just me. On the other handle we have an eyeglass screwdriver/bottle opener, both work great and the nail file works equally as well. I however am severely disappointed in the design of the Phillips driver. I know this tools is small and some design constraints were there and sacrifices had to be made to make the complete package work…but the Phillips is flat out horrible! All it is, is a short tapered piece of steel made into loop at one end the shaft for the bolt can hold it into the tool. There is no stop on it, no friction to keep it in position, nothing at all. The poor thing can flip flop 45 degrees left and right while trying to use it, and this is very frustrating to say the least. I think more thought should have been put into it and SOG should release a replacement version to its customers. 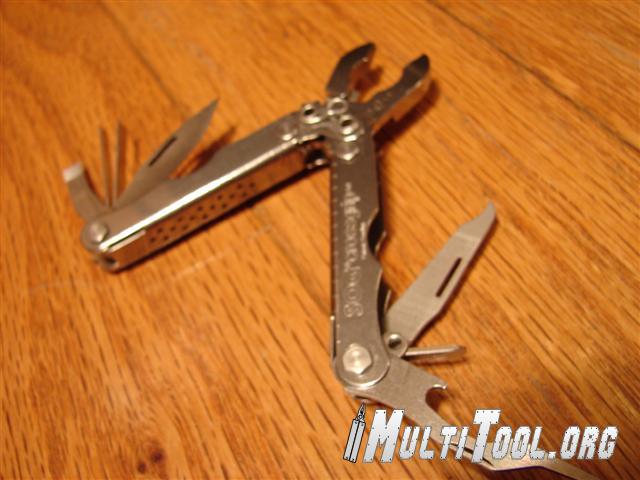 Aside from the Phillips this power packed mini pliers are great and show what great minds are at work at SOG, I just think some things get overlooked before they leave the design department. The tool is defiantly worth picking up, but I wouldn’t use it for any real work.

Ever since I saw pics of the CrossCut I thought they looked like a Micra on steroids, like tin snips with compound leverage. Upon reviewing my CrossCut; I was surprised the CrossCut is really not much larger than a Leatherman Micra. 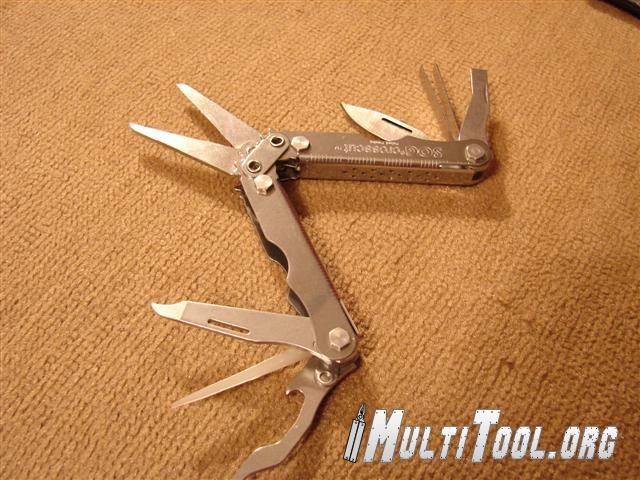 The 2 ½ inch scissor based tool has a mean set of teeth on them and will cut most material you put it up against. In some testing I did with SOG’s new V-Cutter; I found the CrossCut cuts seatbelts rather well in an emergency situation. Because the scissors are smaller in comparison to the pliers on the CrossGrip the springs that open and close the tool on mounted on the inside of the gears rather than on the outside, very cool indeed. 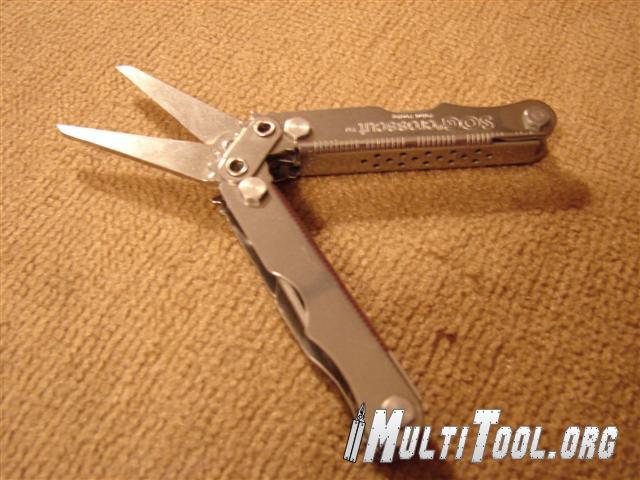 A lot like the CrossGrip, the CrossCut has the same tools except for one, a toothpick. On one side you have a regular screwdriver, tweezers and an eyeglass screwdriver/bottle opener and on the other side a knife blade, file and a “stationary” toothpick. Now if you’re an SAK user like myself you are use to having removable toothpick and tweezers, but both here on this tool are attached, limiting their usage. If I got something caught say…. in a molar, I am not planning on sticking a whole tool in my mouth to try and remove said object, that is just too awkward. Once again like the CrossGrip maybe it was a bad after thought that they didn’t think through in the R&D Dept at SOG.

Overall if your looking for a Micra-type scissor based tool but need something with a little more beef, this is your bad boy. Yes it has its flaws; but then again every tool does. They couldn’t keep making more tools for the market if they perfected them the first time.

More in this category: « SOG S62 PowerLock Review SOG S44 Pocket Power Plier Review »
back to top
Interested in this or a different tool and still have more questions?
Why not join us over on the Multitool.org Forum where our community can help you find what you're looking for!