When you need pliers on the go a multitool is great to have. But what about when that multitool feels like a brick in your pocket? Sheaths are an option but not everyone wants one on their side and not everyone wears a belt. There are also keychain tools, but the pliers on them are too small for many tasks. So what do you do? You get a Leatherman Mini-Tool. 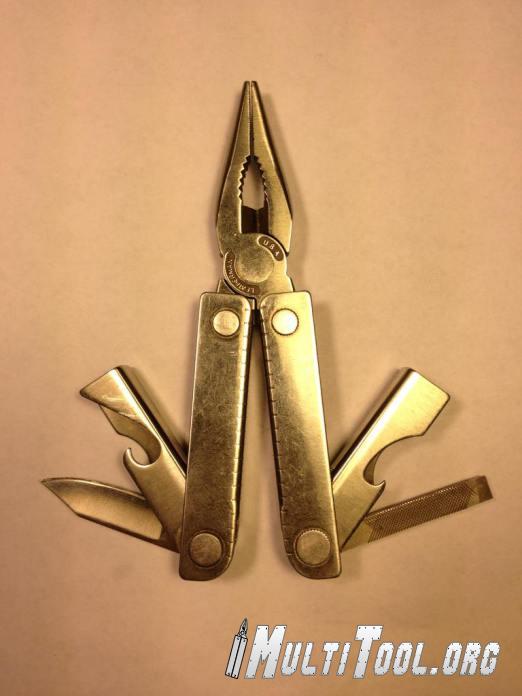 To start off lets look at the outside. The Mini-Tool features a ruler that can be used with the handles in the half open position. This ruler is in inches and centimeters, but due to the Mini-Tool's size isn't very long. The Mini-Tool also has a small hole on the outside where a split ring can be attached, allowing you to put on a lanyard. Closed the Mini-Tool is about an inch wide (2.54 cm) and 2.6 inches (7 cm) long and comes to 4 ounces. This means that it is similar in dimensions to many keychain tools, but less than half the weight of many full size tools. 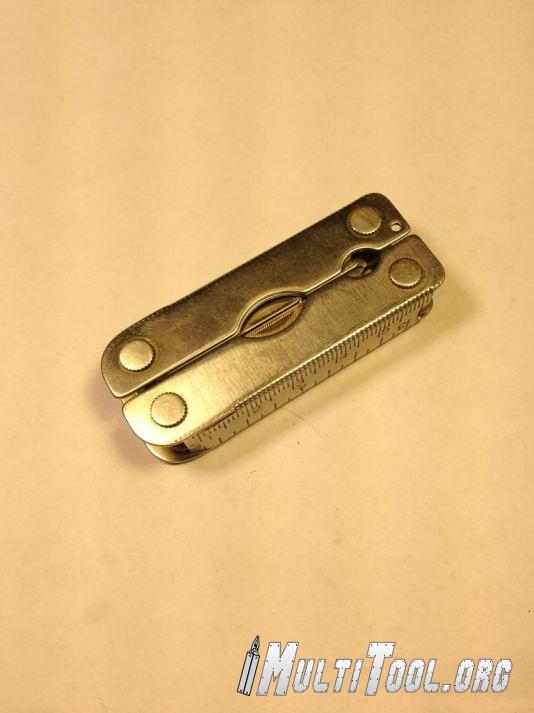 So what separates this little guy from a keychain tool? One word, pliers! This little tool has full sized pliers. 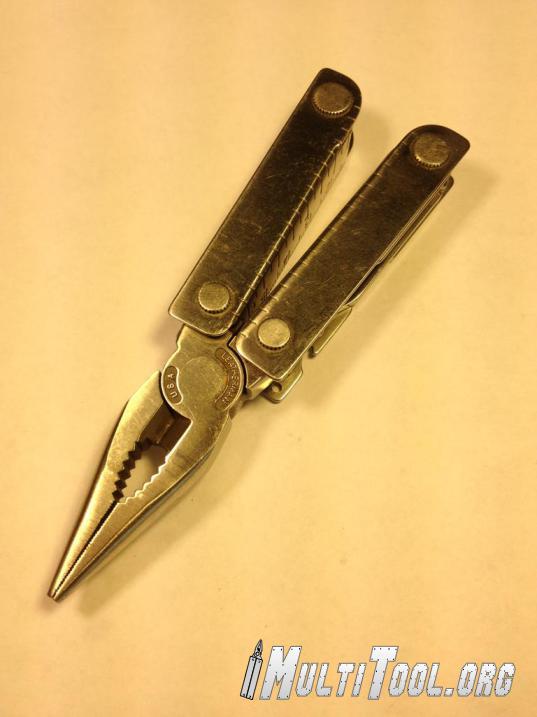 Being an older Leatherman tool, on earlier versions of the Mini-Tool there is no hard wire cutting notch at the base of the wire cutters. Also, with such a small tool, leverage can be a problem. So leatherman came up with a solution and designed handle extensions to fold out of the inside. This gives you pliers with leverage that rivals Leatherman's PST which was the only other Leatherman tool when the Mini-Tool was released. 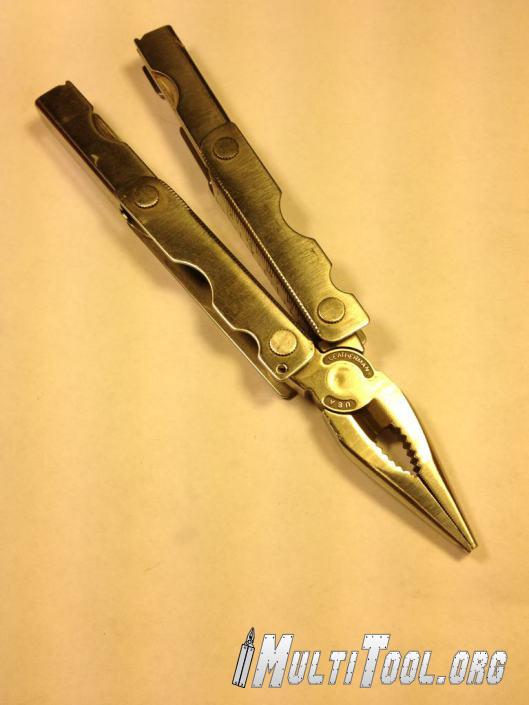 Next we have the interior tools. First up inside one handle is the knife. The knife on the Mini-Tool is a clip point shape and is 1.5 inches (3.8cm) long. It isn't very long but I have found it to be very effective in a variety of tasks. The clip point shape also gives it good penetrating power. 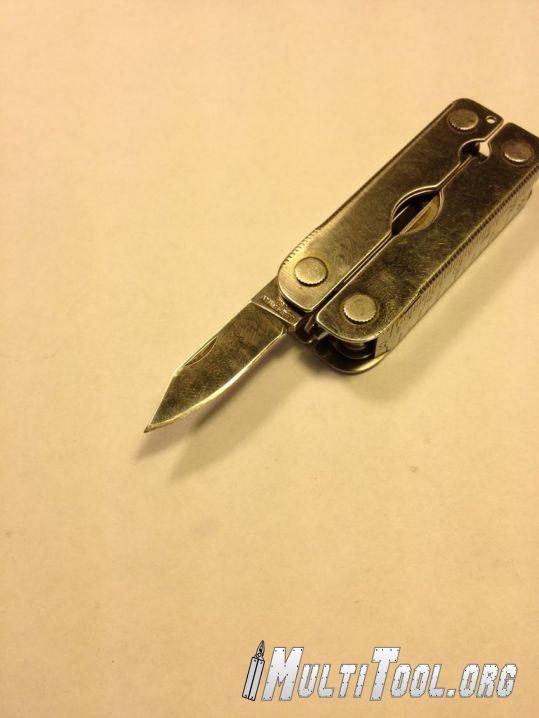 Inside the other handle you also only find one tool. In this handle though you get a tool that is a combination of a double sided file and a straight screwdriver. The file has both a fine and a course side. It is also grooved on the bottom edge to allow notching. The screwdriver on the end of the file works well. The user of the tool must be careful however, because the file is harder than the steel on the other tools, so it is more likely that the screwdriver can chip. 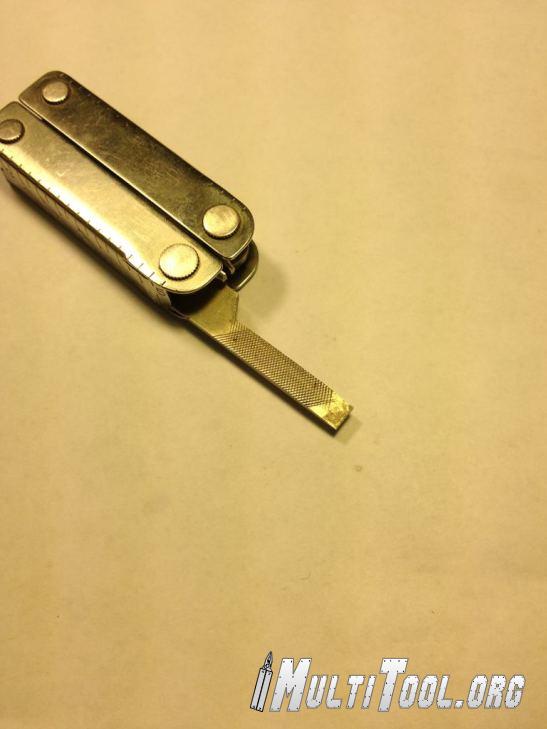 Finally on the inside are a can opener and a bottle opener. In order not to take up any space inside the tool, they are cleverly cut into the handle extensions. 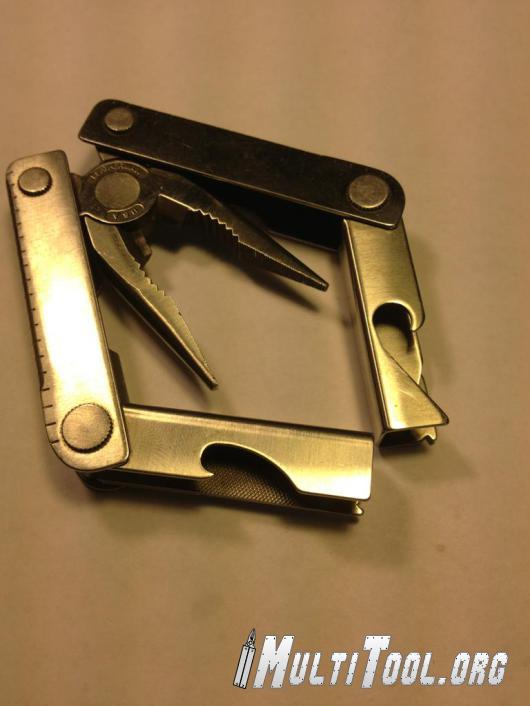 The Mini-Tool is an older tool, and was retired in 2004, so it has limited availability.  Despite this though it is great for pocket carry and gives you pliers without bulk. Whether you have it in a sheath or in your pocket, this is a tool for those who need pliers without carrying something that feels like a brick.

More in this category: « Leatherman Rebar Review Leatherman Wingman and Sidekick Review »
back to top
Interested in this or a different tool and still have more questions?
Why not join us over on the Multitool.org Forum where our community can help you find what you're looking for!