Here I'm going to look at one of Leatherman's latest keyring tool options. This is their third scissors based tool having been preceded by the Micra and the Squirt S4. The S4 has now been retired but the Mirca is still alive and kicking. The styling is very much taken from the Skeletool, Freestyle and MUT and is certainly eye catching and very modern looking. 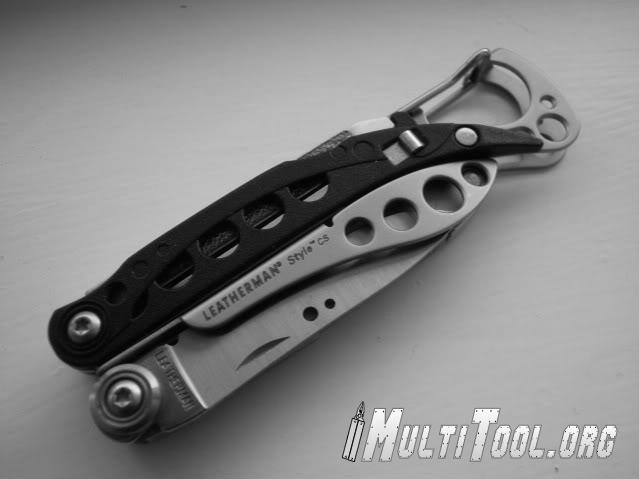 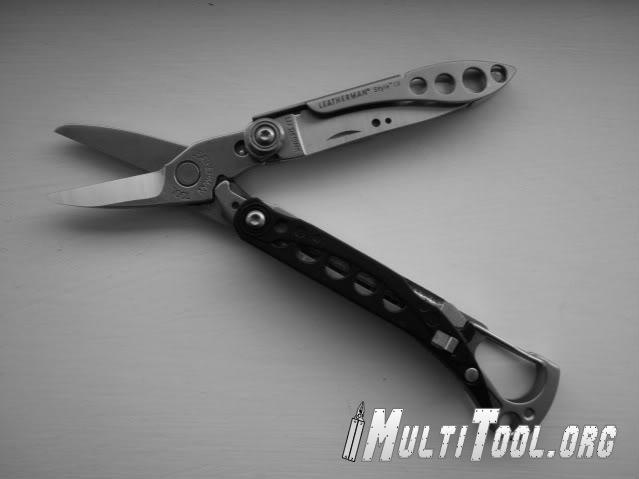 The primary tool on the Style CS has to be the scissors. Leatherman hasn't played about with the scissor design being only very slightly cosmetically different from the Micra. This is a good thing in my opinion as they work very well and it's always best to leave good design alone. Also the slightly longer and ergonomic shape of the Style CS makes it a touch more comfortable to use then the Micra, full marks here I think. 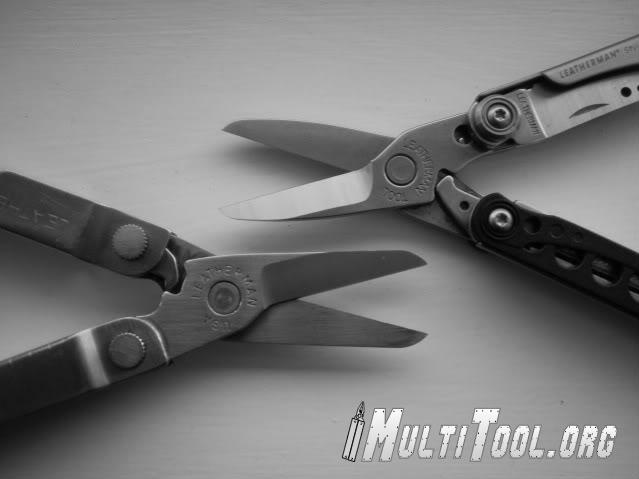 Next up is the blade. This is very similar in size and shape to the blades found on the Micra and Juice tools and, like them, is chisel ground. I find that it is perfectly capable of most day-to-day little cutting tasks and is comfortable enough in use. Also the fact it is accessible from the outside means that it is convenient to get as well. My only gripe, and it is a big one, is in the positioning of the nail-nick. It's just too near the pivot to make it easy to open. Also there is no real reason to have it there as far as I can tell, there is plenty of room nearer the tip of the blade where the vast majority of knife makers put it. 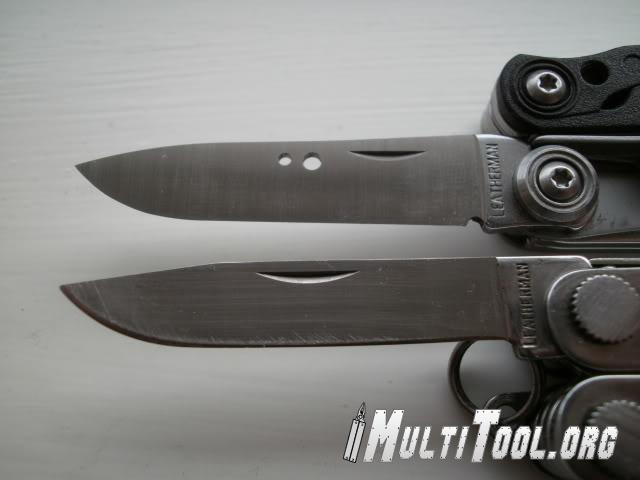 Moving on to the next tool and we have the carabiner. This works as an excellent attachment point for the tool making it very quick and easy to clip to your keyring or whatever. You can also see the gate has a side bulge built in so as to make it very easy to open again. The other use for this is as a bottle opener which I can attest to as working very well. In the same picture we can see the tweezers and the little rectangular slot it slides into on the black plastic scale. Now I have had no issue with getting the tweezers in and out of the slide, in fact it has a nice positive feel to it, but we've had more than a few people saying that they've found it to be hard to get too. Something I do rather like is the angled tips witch can make grabbing a splinter just a touch easier. Now I don't hate the tweezers found on the Micra but I have to concede that the ones on the Style are far better. 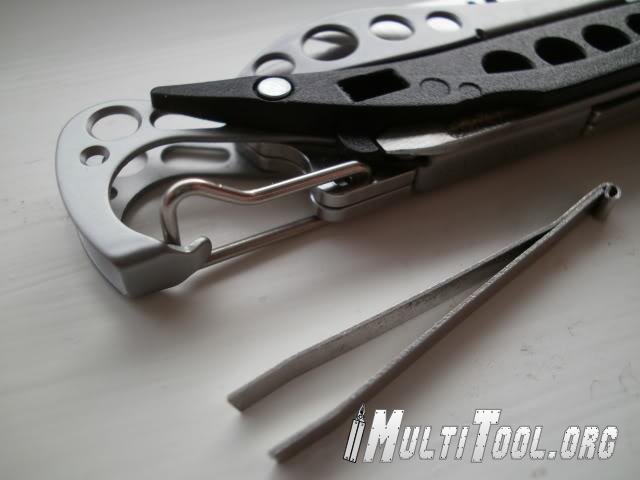 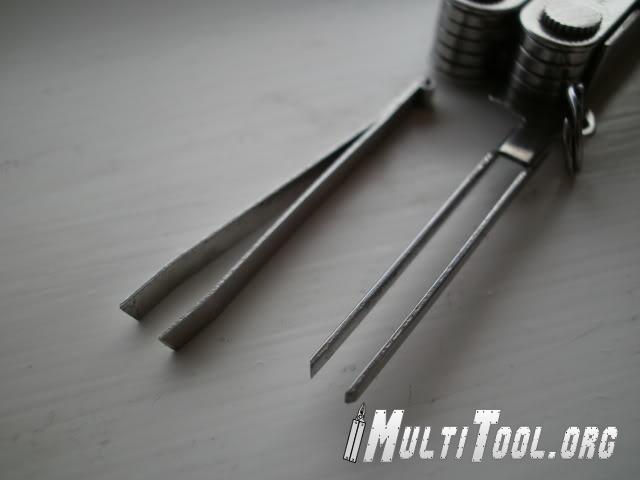 Last up we have the nail file/screwdriver. Now as a nail file I don't have much issue with this tool, the long length I find nice, though because it's such a narrow strip of texture is can be a little to easy to slip off to the side. As a screwdriver I'm less convinced I'm sorry to say. Obviously it's not meant to be used as a high torque device but this thing really flexes in a most worrying way. Frankly I've hardly undone any screws with this as I keep feeling that I'm going to twist or break the driver long before the screw has moved, perhaps I'm being to gentle but I don't think so. And here is the huge advantage the Micra still holds over the Style CS, the number and quality of the screwdrivers. The ones on the Micra are far more robust feeling and you get one flat Phillips and two sizes of flat drivers, altogether a much better package. 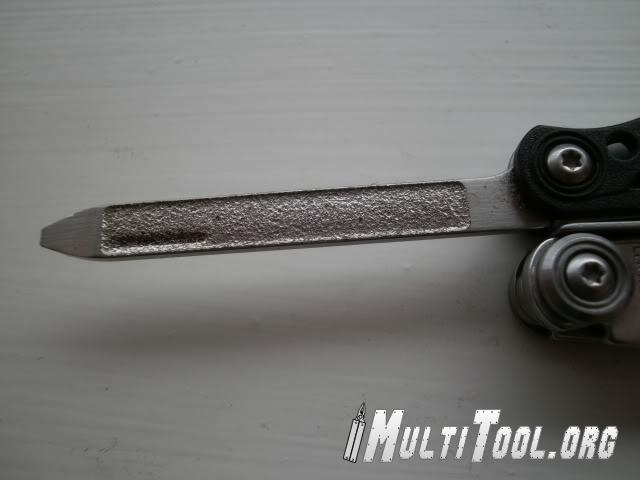 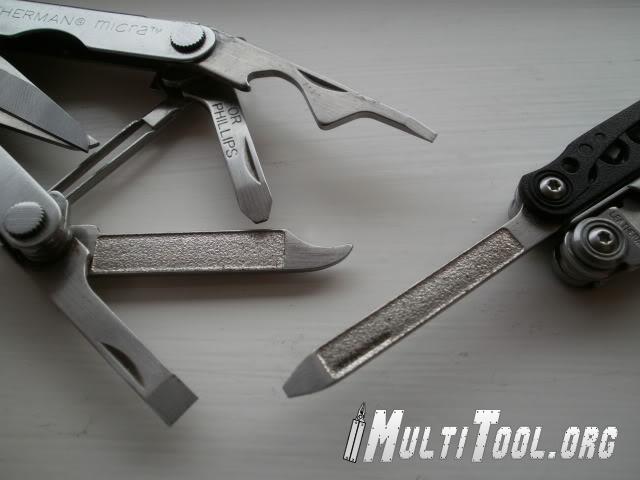 So in conclusion I do like the Style SC very much and think it lives up to it's name very well, though I'm less than convinced with the black plastic scale and perhaps something in aluminum would have been nicer. However I'm not yet certain that Leatherman have come up with a viable replacement for the good old Micra. Perhaps they know that themselves though, after-all they are still selling the Micra and long may it continue.

More in this category: « Leatherman Squirt PS4 Review 2011 Leatherman Style Review »
back to top
Interested in this or a different tool and still have more questions?
Why not join us over on the Multitool.org Forum where our community can help you find what you're looking for!