The Power Plier is one of those tools that seemed to disappear from the collective conscious when it was discontinued. The predecessor to both the Pocket Power Plier and the PowerLock the Power Plier is well worth tracking down. And not just for collecting purposes; but as a great EDC tool that has some advantages over the PowerLock. Don't be mistaken, it does show it's age during use; the tools clump, implement finish is slightly lower quality than current production tools and none of the blades lock. But it has the sleek simplicity of an earlier time and the rugged functionality that the industry was born of. 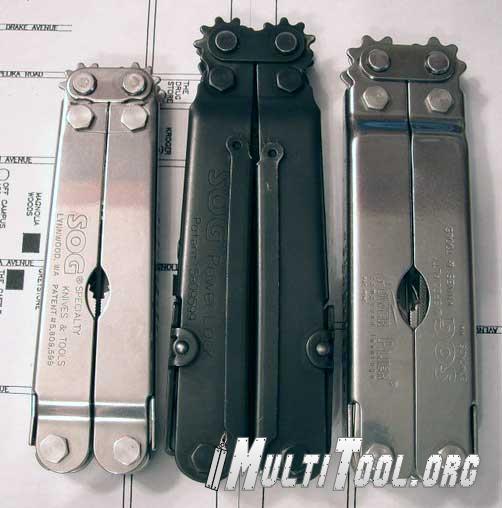 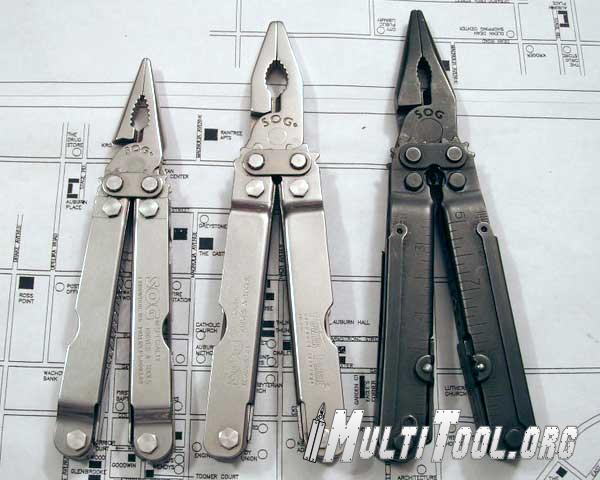 One of the earlier extra-large size tools the PowerPlier was the first SOG model to introduce the compound leverage system. Something so simple and effective it exists basically unmodified on more advanced models today. Note that the handles are bare of any comfort-improving wings; this makes the pliers generally less comfortable than the PowerLock but somewhat more sleek and comfortable when carrying the tool. There are three different types of pliers seen on the Power Plier. Two of those types feature thick, beefy tips that are a fair departure from most other multi pliers but occupy that weird multi grey-zone in plier design where they aren't quite blunt nose pliers from the real world, but they aren't quite anything else either. These thicker tips feel very solid and will no doubt be able to be pushed further to failure than the thinner tips most commonly seen. The area designed for turning nuts and bolts is more crisp and sharper than the PowerLock, it seems like a step backward to soften these areas; it's much easier to slip when working with bolts with the PowerLock. 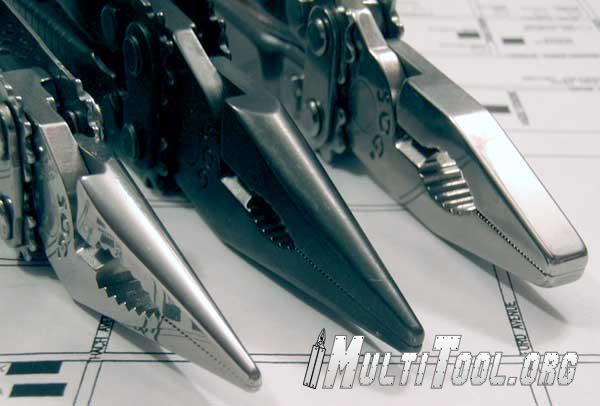 The implements are another unusual feature of this tool. 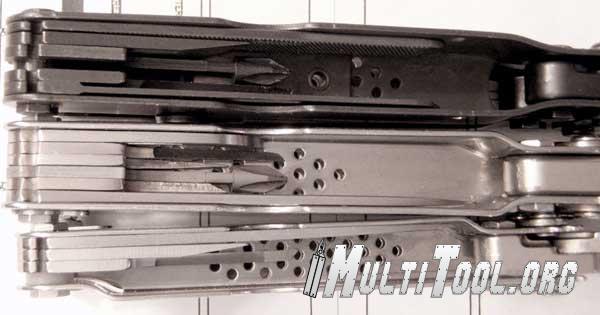 One handle features the following:

SOG multi-tool have always suffered from an almost embarrassing lack of length in the "long" implement category. The knives and saws are noticeably shorter than thier contemporaries, something of a curiosity since the company that makes this tool is a Knife company first. As such it should be noted that the PowerPlier saw is shorter than that of the PowerLock which itself is shorter than most other full-size tools, save for the laughable "attempt" that is the Gerber Suspension. Although there wasn't really a perceivable difference in use it's one of those things that you look at and wonder how well it's really going to be able to saw when it really counts. I think it will work just fine, something I'd also say about the next notable implement: The small knife blade is something that seems more typical of a SAK than a multi-tool. But this curiosity is overshadowed by usefulness. Having two blades on the tool allows the user to adopt a different approach to cutting materials. Picking a specific use for each blade allows certain activities to be conducted with a lot less cleaning or sharpening.

Oh and there's a Robertson driver on there too, which is kind of silly but something I guess you'd want if you were a Canadian or owned an RV. 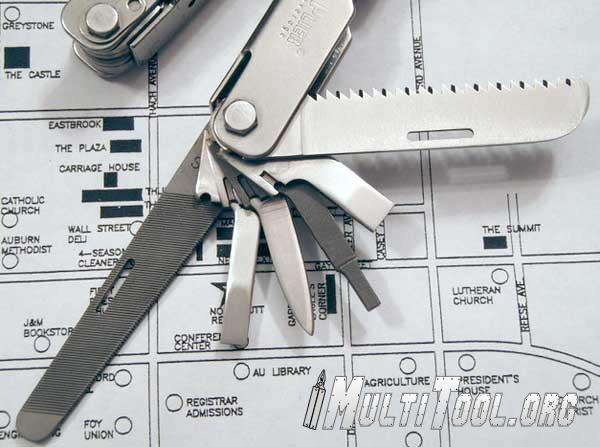 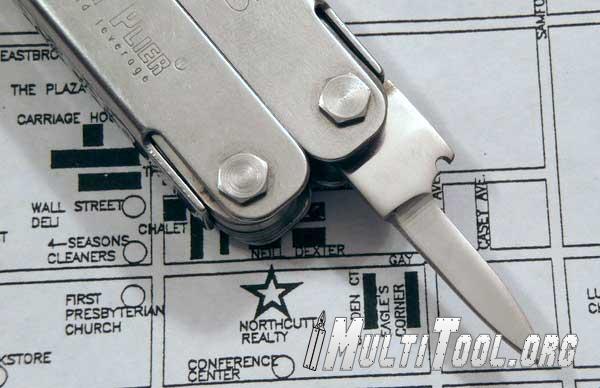 The other handle features:

The odd duck in this handle is the chisel. Usually only seen on multis hailing from Switzerland the chisel is an effective implement and something that is too often overlooked by American manufacturers. The SOG model is ground to fine edge and works well enough but would be more functional if it was slightly longer; allowing for more play when scrapping or planing. Another item of note is the awl, it's extremely sharp and cuts very well without having to apply an overt amount of pressure. The other implements are standard SOG fare. Functional and sharp. 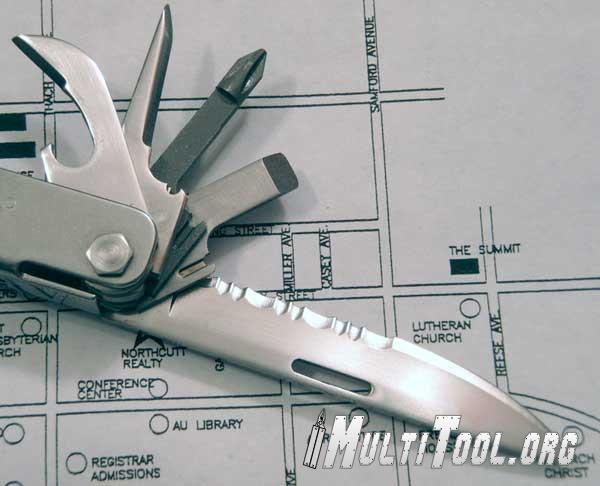 The Power Plier feels good in the hand. It's smooth and the compound leverage gears are less pointed than the PowerLock, generally hurting you a lot less if you ding yourself on them while using the drivers. It's also possible to tweak the handle fasteners to give either balisong loseness or new-tool rigidity to the handle opening sequence with most stops in between a possibility if you're fussy enough with the locktite. I prefer to swing mine around like the aforementioned balisong at the slightest provocation. It's fun, and whilst engaged in such activity there is no chance of being pestered by someone thinking you are cool in any way. 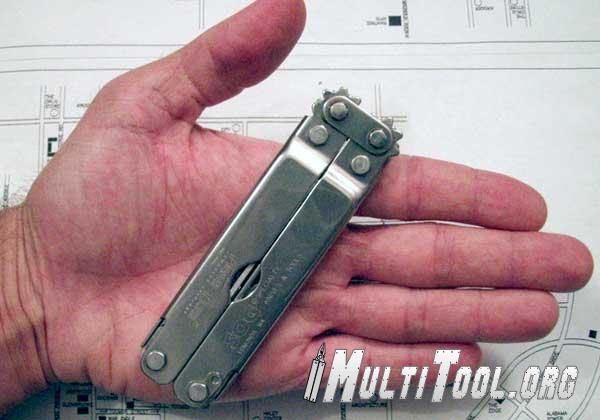 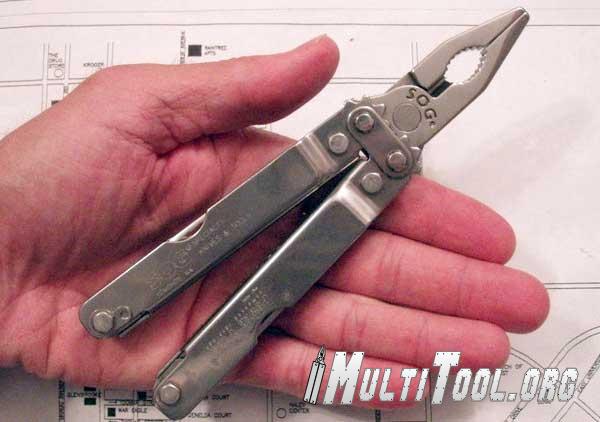 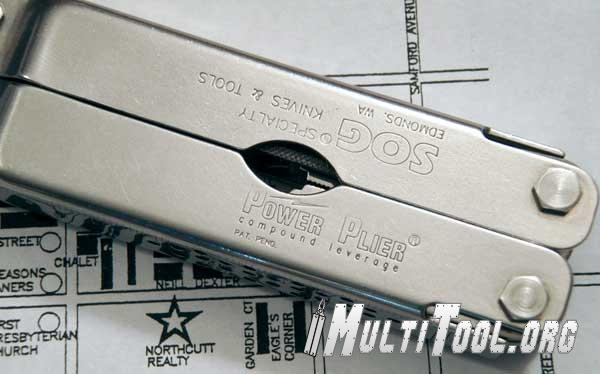 Overall the Power Plier is a very good tool. It's pitfalls are only those that come with age in this industry, it's still a very relevant tool and well worth hunting down. The PowerPlier can still be had in new condition for around $60 (USD) and used condition from $25 (USD) and up on auction sites or in the rare brick & mortar store. Expect to spend a few weeks checking the listings as the tool does not come up as often as others but when it does it is usually not in high demand. Using the numerical/alphabetical designation from SOG when searching will help weed out the false PocketPocketPlier hits, here are the designations provided by J-Sews:

More in this category: « SOG PowerAssist Review SOG Crosscut 2.0 Review »
back to top
Interested in this or a different tool and still have more questions?
Why not join us over on the Multitool.org Forum where our community can help you find what you're looking for!